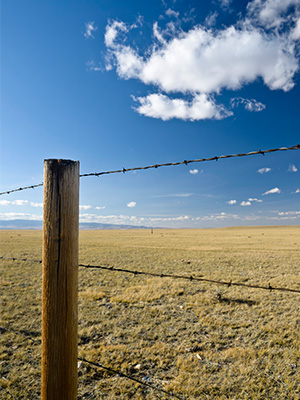 In October 1998 in the middle of the prairie outside Laramie, Wyoming, 21-year-old student Matthew Shepard, was tied to a fence post, severely beaten, robbed, tortured and left, alone, to die. His body was discovered eighteen hours later. He was rushed to the hospital and put on life support. He died five days later. The reason for this brutal crime? Matthew Shepard was gay.

The hate crime attracted vast attention worldwide, bringing sexual discrimination and violence to the forefront of public discourse. The Tectonic Theater Project travelled to Laramie in the aftermath of the murder with the intent of creating a theatrical portrait of a town coming to grips with horrible, hate-fuelled violence.

Hailed as one of the most captivating and encompassing pieces of contemporary theatre, the play shocks, challenges, and moves all who watch it as it reveals the lowest depths of hatred and greatest heights of compassion that lies within all human beings in any seemingly average community.

Join the acclaimed New Wolsey Young Company as take over our studio on St Georges Street to present this astonishing drama.

Reviews of The Laramie Project

Our young New Wolsey stars of the stage never cease to amaze me. A captivating performance from start to finish. Director Rob Salmon's design of a minimalist uncluttered stage, sitting at the heart of both the audience and the ever moving cast, reflects an impression of the Wyoming landscape. It is a documentary about a tragic and hateful crime, but more so, the characters involved reflect just about every perspective of the town of Laramie's local community. So many lessons learned, so much still left to learn, by us all.