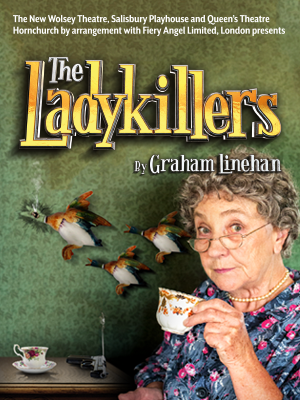 The Classic Ealing Comedy on a new Regional Tour.

When Mrs Wilberforce puts a sign in her newsagent’s window advertising ‘A Room to Let’, she’s delighted when the mysterious Professor Marcus proclaims it perfect for rehearsing his unorthodox string quintet. She soon discovers that she is not making tea for a motley band of musicians, but harbouring a hardened gang of criminals and conmen planning the great Kings Cross Train Robbery!

Graham Linehan (Father Ted, The IT Crowd) has adapted this much-loved film for the stage, mixing madcap comedy and criminal capers to hilarious effect. As his masterplan goes off the rails, and the bodies drop onto them, it begins to dawn on the Professor that, in Mrs Wilberforce and General Gordon, her extraordinary featherless parrot, he may have finally met his match.

From the motion picture screenplay by William Rose by special arrangement with Studiocanal and with Fiery Angel Ltd, London 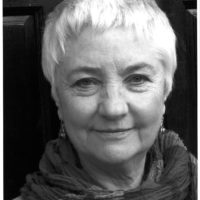 And at Salisbury Playhouse: For Services Rendered ( and at the Old Vic), and The Lady in the Van.

Television credits include: Tripped (Mammoth Screen), Doctors, Casualty, Sea of Souls, Dangerfield, No Place Like Home, Mrs Pym’s Day Out, Cranford, Villette, There is Also Tomorrow (BBC), The Bill, The Vice, Coronation Street, The Brontes of Haworth, The Ruth Rendell Mysteries (ITV) A Wing and a Prayer, Family Affairs (Ch5) 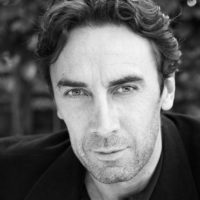 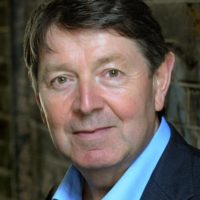 Television credits include: The Durrells, I, Claudius, Edward VII, Brideshead Revisited, Mike Leigh’s Who’s Who, Victoria Wood: As Seen on TV, Jeeves and Wooster, The Cleopatras, Crossroads, Coronation Street, Brookside, Prime Suspect, Nature Boy, Dinnerladies, Station Jim, Band of Brothers, The Chatterley Affair, Doctors, Midsomer Murders and He Kills Coppers.
Film credits include: Peterloo, Gandhi, Good and Bad at Games, Honest, Little Dorrit, These Foolish Things and Wild Target with Bill Nighy and Emily Blunt.
Radio credits include: Nigel Pargetter in The Archers. He is an occasional presenter on ‘Pick of the Week’ and was a regular voice on ‘What The Papers’ Say’ both for Radio 4.
He was the recipient of the Broadcaster of the Year Award 2010 from the Broadcasting Press Guild and the Voice of Listener and Viewer Special Award 2010. 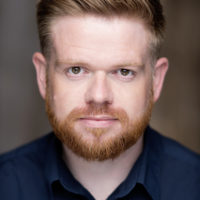 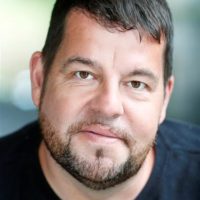 Damian became well known to television audiences in the early nineties for his appearances as Ginger Gahagan in the BBC series Billy Webb and the second series Alfonzo Bonzo. His other television appearances include Lumpy in Spatz; Gavin in Exam Conditions and Ian in The Bill. Damian was the presenter of Damian’s Are You Smarter Than Your 10 Year Old for Sky One and was also in the new series of Birds of a Feather.

Damian is always in demand for Musical Theatre and in 2013 and 2014 Damian played Edna Turnblad in Hairspray both at the Leicester Curve as well as a tour of Singapore and Kuala Lumpur.

Damian’s first love is comedy (his heroes are Laurel & Hardy) and he has played various comedy roles from Luther Billis in South Pacific to Pseudolus in A Funny Thing Happened On The Way To The Forum. Damian played Tommy Cooper in the new play Being Tommy Cooper, and toured in the one man play My Dog’s Got No Nose. Most recently he’s also played Tommy Cooper in the short film The Last Laugh, written and directed by Paul Hendy for which Damian won best Actor (Southampton film festival)

Damian has toured the country for over 25 years and has a wealth of experience in Theatre, a well respected farceur Damian has appeared in; Run for your wife, Cash on Delivery, Funny Money, Tom Dick & Harry, It Runs in the Family, Not now darling, There Goes The Bride, Out of Order, Caught in the Net, Dry Rot, See How they Run and Don’t Dress For Dinner.

As resident Dame of 10 years at the Sheffield Lyceum Damian is set to play Mother Goose this year.

Damian was born in Tilbury in Essex and now resides in Southend on sea with his wife Barbie. They are proud parents of twins, Joshua and Esme, undoubtedly Damian’s finest productions to date! 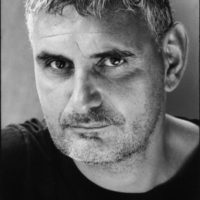 Anthony has worked extensively as an actor in the UK, Europe, Canada and the United States over the last 30 years. Theatre includes Calamity Jane (UK and Ireland Tour), Paved in Gold (Canada), Birds (US Tour), Face (UK Tour), Buddy (Victoria Palace), Bouncers (Hull Truck), L'Ascencore (European Tour) and Don Quixote (Warehouse Theatre). His television appearances include The Murdoch Mysteries (US and Canada), Roomers and The Last Word for the BBC and Stuck on You, The Upper Hand and Frank Stubbs for ITV. Anthony has also worked in academia, teaching and doing Ph.D research in Washington and New Orleans. When not working as an actor, Anthony can be found taking groups of people on entertaining historical tours of London by road, river or foot. 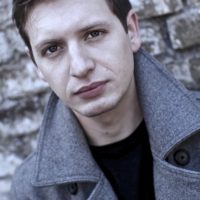 Sam has also worked as a puppet coach for the 2014 professional UK tour of Avenue Q. In 2016 he made is directorial debut with How To Curse at London's Etcetera Theatre. For more info visit www.samlupton.com 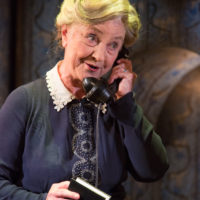 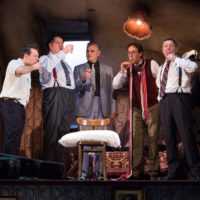 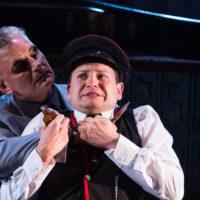 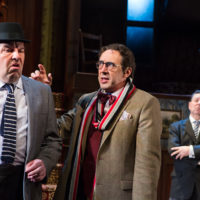 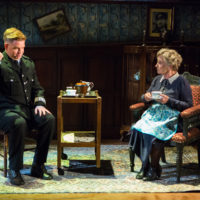 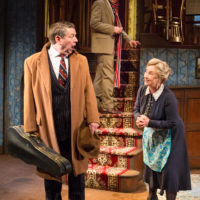 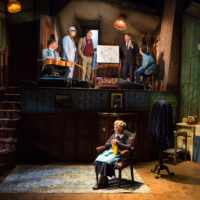 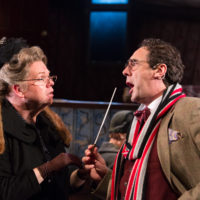 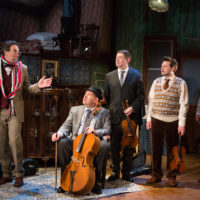 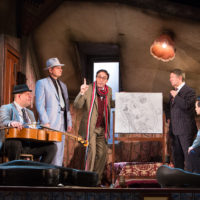 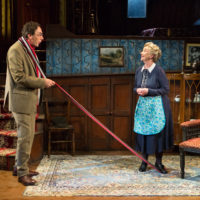 Reviews of The Ladykillers

'An engaging story, with a diverse range of characters and a barrel of laughs - together, they make the perfect night out'

'The performances in Rowe’s production are beautiful'