The Birds & The Bees 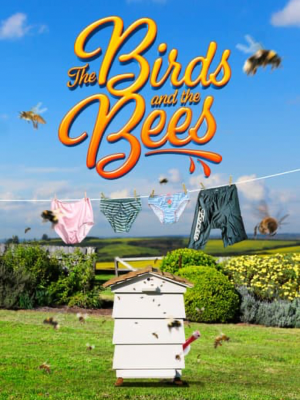 The Birds and The Bees

On Sarah’s East Anglian farm the honeybees are dropping like flies – just like her love life. Her husband bolted twenty years ago and she hasn’t slept with anyone since. Her middle-aged daughter Gail’s marriage is going up in smoke just like her turkey farm and neighbour Earl is fighting a losing battle with his sugar beet yield and his ‘no strings’ relationships.

Then along comes city-dwelling bio-student Ben to study those pesky poorly performing pollinators. He could probably also have a look at Sarah’s turkeys, which can’t seem to mate without a human helping hand. Perhaps some local mead and the annual Turkey Day’s Dance will sort everything out – and not just for the birds.

As the consequences of that momentous night unfold Sarah, Gail, Earl and Ben discover the best way out of a crisis is to commit to those closest to you – just watch out and don’t get stung.

The Birds and The Bees is a hilarious comedy romp with a heart as big as the laughs it brings. Indeed, it’s the bees’ knees!