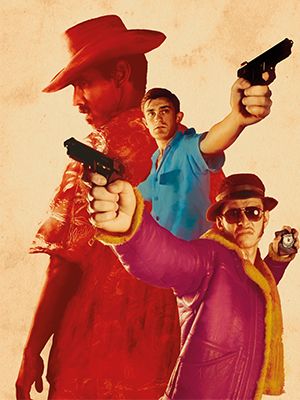 Unfortunately this performance has had to be cancelled due to a cast injury. Be Sure to catch Badass Be Thy Name coming back to the New Wolsey as PULSE Presents event this Autumn Season.

PRESENT DAY (1976). Straight-laced rookie Police Cop Jimmy Johnson is out to avenge his brother’s death, and (with the help of his new partner) he’s got to go it alone! Teamed up with a disgraced, retired renegade named Harrison, the pair begin to unearth the soily secrets that the case holds. Police Cops is a cinematic joyride, speeding down Adventure Avenue in a souped-up squad car. Oh, and did I mention...the steering wheel is made out of guns.