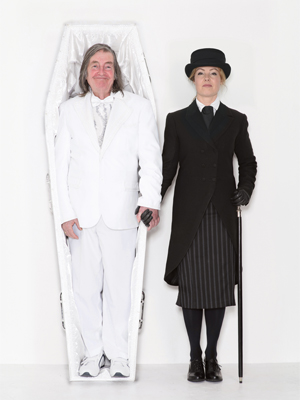 It’s a eulogy for a living soul.

In 2013, Mike Melody (celebrity TV antique dealer) was diagnosed with a terminal illness. Victoria was put in charge of planning the funeral her Dad would want - complete with eulogies, a congregation dressed in Blackpool FC’s tangerine colour and a New Orleans jazz procession. A year later the doctors realised they had misdiagnosed Mike. But they are going ahead with the funeral anyway…

To make this show Victoria trained to be a funeral director. Using those experiences and a huge amount of research Ugly Chief looks at the British Funeral Industry and how we deal with death in modern society. Ugly Chief is a comedy based on true events performed by a real-life father and daughter. It explores the taboos around death and its practicalities, and the fractious relationship with a parent whose opinions you don’t always agree with.

During Ugly Chief there will be an opportunity for you to get your ‘antique’ items valued by Victoria’s dad, Mike Melody (celebrity TV antique dealer)! Please bring any small portable items with you to the show! 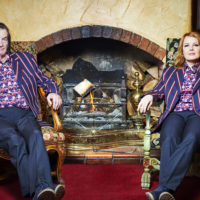 "Victoria Melody must rank as one of the most charming independent performance-makers in Britain – smart, warm, unpretentiously funny and informative."

"She is either an idiot or a genius, it is up to you to decide."