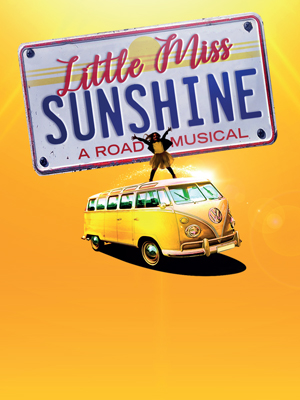 The road to happiness is a bumpy ride.

Based on the Oscar-winning film, Little Miss Sunshine is a new musical comedy from Tony Award winners James Lapine and William Finn.

The Hoover family has more than a few troubles, but young Olive has her heart set on winning the Little Miss Sunshine beauty contest. When an invitation to compete comes out of the blue, the Hoovers must pile in to their rickety yellow camper van. Can it survive the 800-mile trip from New Mexico to California – and more importantly, can they?

This uplifting, modern classic celebrates the quirks of every family, the potholes in every road, and the power of overcoming our differences.

Lapine and Finn’s inventive musical version opens in London in a brand new production directed by Arcola Artistic Director Mehmet Ergen, then takes to the road for a national tour. 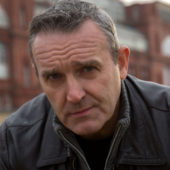 Mark recently appeared in Tim Richards in Emmerdale and is best known for his roles in Coronation Street, Holby City, Dream Team, Brookside and Harry Enfield.

Mark's TV series regulars include Adrian in Coronation Street, Owen Davis in Holby City (5 years), Ray Wyatt in Dream Team (3 years) & Greg Shadwick in Brookside (2 years). His other television credits include: The Knot, Doctors, Heartbeat, The Bill, Where The Heart Is, Always And Everyone, Close And True, Casualty, Peak Practice, Real Women, Harry Enfield and Chums, Sharman, London’s Burning, Ocean of America, The Vet, Against All Odds, The Lodge, Wilderness Edge, Boon, The Chief, Needle, Waterfront Beat, Murder in the Wind, Shoot to Kill, Shooting Stars, Emmerdale Farm and Liars.

Mark’s debut Album Moonlight’s Back In Style is released on Linn Records. He was a finalist on Celebrity Masterchef and came second to Russell Watson on BBC's Just the Two of Us with singing partner, Atomic Kitten's Natasha Hamilton.

Mark is the narrator of the popular children's TV show Thomas the Tank Engine. He follows fellow Liverpudlian's Ringo Starr & Michael Angelis, and is the voice of the programme in all English language territories including the US. 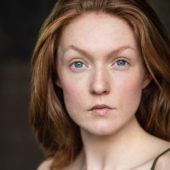 Lucy’s album ‘Debut’ is available now from Island Records online and on all streaming platforms. 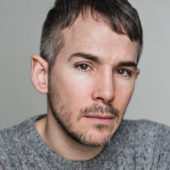 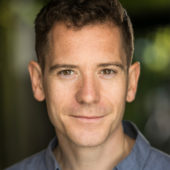 Gabriel Trained at the Royal Academy of Music. 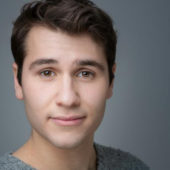 After graduated from Royal Academy of Music in 2018 he appeared in The Musical of Musicals (The Musical!) at the Above the Stag Theatre, Vauxhall. 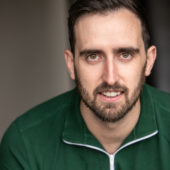 Credits whilst training: Kyle the UPS Guy in Legally Blonde, Lounge Singer in Dogfight and Guy Gisbourne in Hoods, Jackson in Lockhart, Jules in Sunday in the Park with George, Brutus in Julius Caesar, Tom in The Winter Guest, Val Valenti in Wonderful Town and Soloist in Mountview’s 70th Birthday.
Matthew received the Help Musician UK Ian Fleming award in 2015 whilst at Mountview. 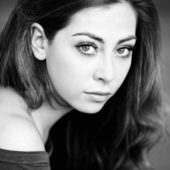 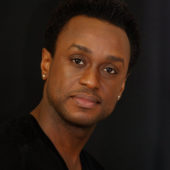 Ian was born in London and trained at The Barbados Dance Theatre and with the Purple Theatre Company. Ian has performed extensively in Barbados, and is a founding member of the Purple Theatre Company. He played the role of George in Don’t Dress for Dinner, Corporal Kraputz in Carpe Juglum and Fizzy in Bugsy Malone
Ian made his West End debut in The Lion King, he then went on to play the Crabman and u/s Sportin’ Life in Trevor Nunn’s critically acclaimed production of Porgy and Bess at the Savoy Theatre. Ian then went on to play Britney in We Will Rock You at the Dominion Theatre.

Other work includes the first UK tour of Miss Saigon playing a GI and covering the role of John. He has done a workshop of a new piece entitled The Corporate Witches.
He then went on to be in the Jude Kelly production of Carmen Jones at the Royal Festival Hall. Ian played Clopin on the international tour of Notre Dame de Paris. Ian was ensemble u/s Jesus on the original Jesus Christ Superstar Arena tour. He played Curtis Shank in Sister Act at Killworth House Theatre and Eddie Salver in Sister Act in Dublin. Ian played Charlie in Showboat at the Sheffield Crucible, directed by Daniel Evans, he then played The Man in Blues in the Night at the London Hippodrome. Ian then played Four-eyed Moe in Five Guys Named Moe at the Underbelly Pop up Theatre in Hyde Park- directed by Clarke Peters. Ian has done 2 seasons as the main singer in the Hyatt hotel in Japan. 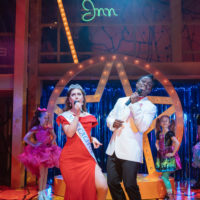 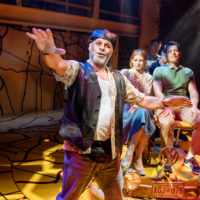 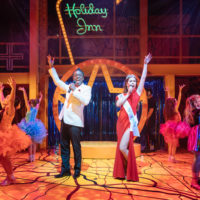 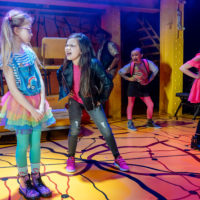 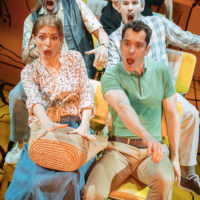 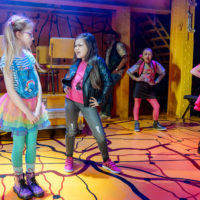 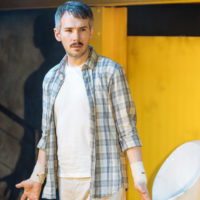 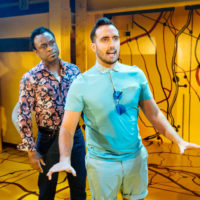 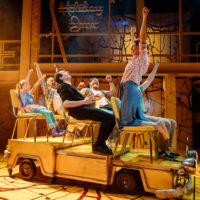 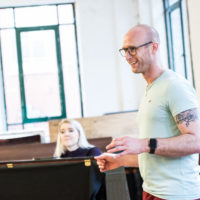 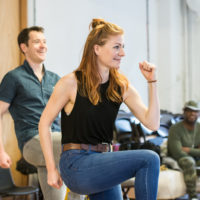 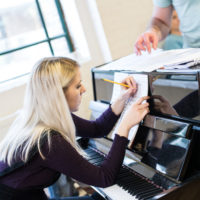 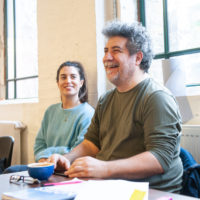 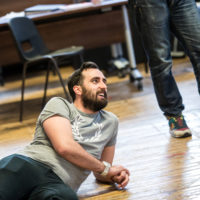 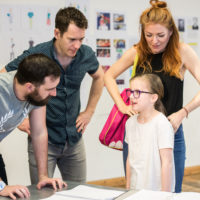 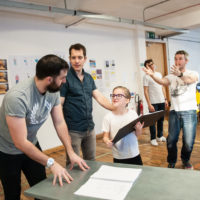 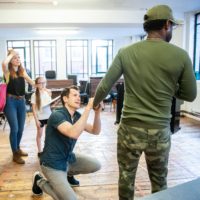 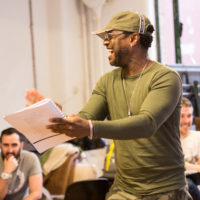 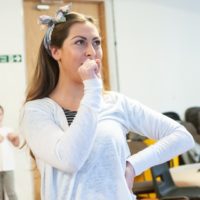 "Definitely worth a (road) trip"

"Full of delight...this is a bus well worth jumping aboard"

"A welcome evening of entertainment”

"A cute, enjoyable and uplifting show"

"Hilarious and emotional in equal measure"