Goldilocks And The Three Bears 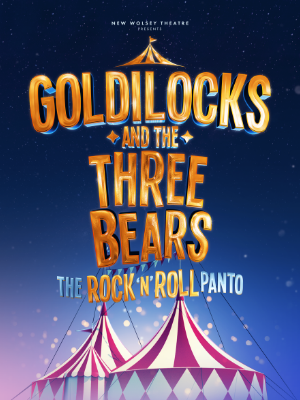 Dame Belinda Bigtop’s circus troupe has fallen on hard times. But her ringmaster, Tommy Topper, Bobo the Clown and Ali the Aerialist have stuck by her and she is determined that the show must go on. Down the road rival circus owner, Wilberforce T. Whippum, and his two sidekicks Flog’em and Fleece’em, are coining it in with their animal acts – Dexter the dancing dromedary and Goldilocks and The Three Bears. Whippum plans to buy up Belinda’s operation and pull the pegs on her beautiful travelling tent forever. But soon the girl and the bears hatch a plan to free Dexter, escape from Whippum and give Belinda’s old carnival just the boost it needs. Will Goldilocks find true love with Tommy Topper? Can Bobo the clown find a partner for his double act? Will the bears get their porridge and will Belinda get her oats?

Packed with over twenty classic songs, all played live by our multi-talented company of actor-musicians, a brand new rock ‘n’ roll pantomime to amaze and delight every member of the family. 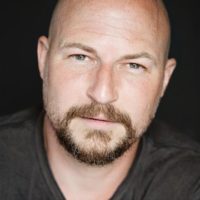 His theatre credits include: Hackney Fantom in Death of England for The National Theatre; Moment of Grace at the Hope Theatre, Islington; Never Lost at Home, Abanaza in Aladdin at the New Wolsey Theatre, Ipswich; Daniel 3 in Now And Then at Above The Stage Theatre; Captain Flash in Miss In Her Teens for Lynchpin Productions; Captain Hook in Peter Pan at Key Theatre, Peterborough; Flint and Smullet in Treasure Island at New Vic Theatre, Stoke: Korff in Tantalus at Camberley Theatre; Various roles in Matchbox Theatre, Rehearsed Readings of Abigail’s Party and Groping For Words at Farnham Rep; Bailiff in Is It Getting Cold In Here and Rehearsed Reading of Superheroes for Sheerdrop Theatre; Swing in Zorro The Musical at the Garrick Theatre, West End; Roger Brunton in Bad Girls The Musical at West Yorkshire Playhouse; Branigan, Calvin, The Greek in Guys & Dolls at the Donmar Warehouse; Macbeth in Macbeth at Vienna’s English Theatre; Reporter in How I Got That Story at the Finborough Theatre; Steve in Bodychecks for Common People Productions; Owen in Island for Trestle Theatre Company; Philostrate in A Midsummer Night’s Dream and Benvolio in Romeo and Juliet for R J Williamson Company; Various roles in NewsRevue at Canal Cafe Theatre; Turbot in The Amazons for Just The Ticket Theatre; Zeus and Dionysus in Pandemonium at the Edinburgh Festival; Peter Quince in A Midsummer Night’s Dream for Polsden Lacey Theatre; Oliver in As You Like It at Chilworth Manor.

Richard’s television and film credits include: The Suspect for ITV; Brussels for Apple TV; Sebastian in Gladiator for Dreamworks; Helmsman in Vikings: The Ambush for Ridley Scott Associates; Villain in Reprisal for Samuel Caws Productions; The Big Man in The Bicycle Thief for Park Bench Productions; Crimewatch for the BBC; Radio Werewolf for Sightline Productions.

Richard was part of the ensemble on the radio recording of South Pacific with Birmingham Symphony Hall. He was awarded Song of the Week by Kerrang Radio for his song ‘Sin City.’ 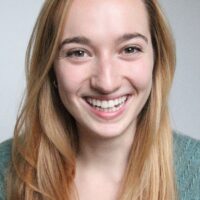 Her screen credits include Nativity 2: Danger in the Manger (Debbie Isitt). 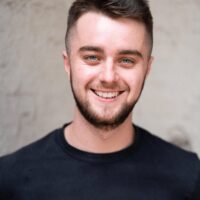 Will graduated from Mountview Academy of Theatre Arts in May 2022 and is thrilled to be making his professional debut. 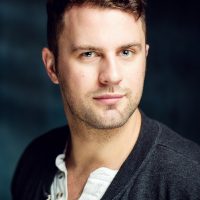 Adam trained at the Oxford School of Drama. 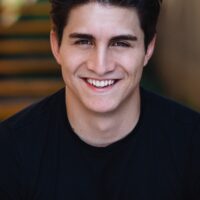 Jared is a northern English actor who studied at Mountview Academy of Theatre Arts.

Since graduating, he has appeared in David Walliams’ UK tour of Billionaire Boy, as well as Nintendo’s ‘Ring Fit’ commercial and Sam Fender’s ‘17 Going Under’ music video. More recently, Jared starred in Choir of Man on the inauguration of Norwegian Cruise Line’s The Encore, who then asked him to return as show captain for Choir of Man on board The Escape. Jared is excited to be a part of the show and is looking forward to playing the role of ‘Tommy Topper.’ 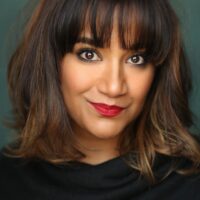 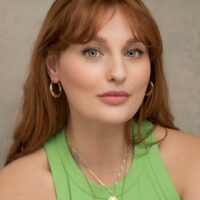 Elizabeth is delighted to be back at the New Wolsey. 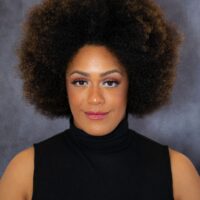 Tasha Shanade is a trained musical theatre performer that graduated in 2016 and has performed all over the UK as well as overseas including leading production shows at 5* hotels based in Mallorca (Iberostar,) Abu Dhabi (Farrah Entertainment), and Devon (Bourne Leisure), as well as appearing as Andrea at Legoland in the LegoFriends. Earlier this year she toured UK theatres with The Little Mix Show alongside gigging as ‘Scary’ in Wannabe: The Spice Girl Show (Red Entertainment).

Most recently Tasha Shanade has been working with Sophisticated Entertainment in many projects such as The Christmas Express, Jubilee show, and Belissima Girl Group. Her earlier credits include being a part of the kids’ choir in Joseph & the Amazing Technicolour Dreamcoat, both West End (Adelphi Theatre) and the tour (Bill Kenwright).

Tasha Shanade also grew up performing in pantomimes at the Kenneth More Theatre with Palmerstone Stage School and can’t wait to return to panto-land this Christmas. 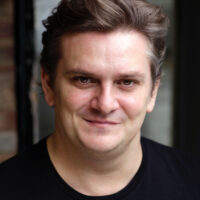 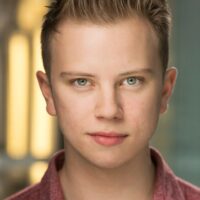 Luke trained as an Actor Musician at Rose Bruford College. His many varied instrument skills include drums, bass, guitar and harmonica. He is delighted to join the cast of Goldilocks.

Luke also sings as part of the Four Harmonies (Jersey Boys Tribute) and has sung as a soloist at the Royal Albert Hall and Sydney Opera House. 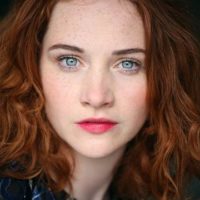 She has also appeared in BBC Radio 4 dramas Now, Love and Life Chances and the short film Ray which premiered at Flatpack Film Festival earlier this year.