A: Have you seen this one before? It says it’s ‘not a magic show’.

B: I saw bits of it. He was doing a little excerpt at a night I went to last year, trying out tricks. And it is.

B: A magic show. It’s just a magic show. I’m a bit confused about why it keeps appearing on these theatre programmes to be honest. Ha, d’you dare me to start correcting the posters? Bring out my marker pen, like THIS IS TOO JUST A MAGIC SHOW. Ha!

A: Definitely don’t do that.

B: That was great.

A: That was great.

B: That bit where all the cards were jumbled up but then they weren’t… That bit with the aces…

A: My favourite bit was the bit where he talked about how jaded we all were and how even ACTUAL MAGIC doesn’t have a massive effect on audiences anymore because we’re all so cynical…

A: ”Yes it is just a magic show. I’m going to get my marker pen out and write all over his posters.”

B: Well, okay. Obviously I’m not going to be a massive dick about this. I can appreciate that what he was doing was more than just magic. He was playing with our expectations of structure to make a comment on the nature of performing, and of distrust.

A: You mean you admit that you were wrong?

B: Well, no. It is just a magic show. All magicians construct a show to build some kind of response in their audience. Just because Vincent Gambini’s was a little more self-aware, does not mean it wasn’t a magic show. It’s still a stupid title.

A: Okay, I’m sorry, but what about that bit where he read out the audience response to a trick before he even did the trick?! That is so much more than ‘just’ a magic show!!!

A: ‘Good’?! It was more than ‘good’! It was near-genius theatricality!

B: Columbo. It was like an episode of Columbo.

A: An episode of Columbo?

B: Yeah. In Columbo – right? – you see the murderer doing the murder – right? Or, if not actually doing the actual murdering, you see them setting it up and covering their tracks and doing all this weird suspicious shit with gloves on. Right? 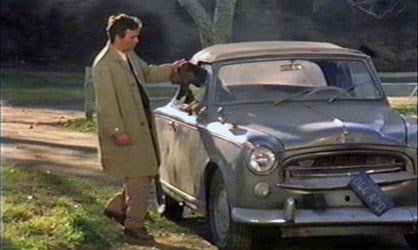 B: But when you’re watching it at the start of the episode, you’re not really following the logic of any of it. You’re just like “I know this geezer is dodgy as fuck, and soon as Columbo turns up in his Peugeot, he’s gonna see right through him. Ha! Can’t wait for that to happen!”

A: I have literally no idea why you think Vincent Gambini is like that.

B: Well, in Columbo, the one thing you know for certain is that Peter Falk is gonna show up, get bad vibes from the killer in, like, 2 seconds flat, then spend 90 minutes squinting at secretaries until he’s worked out what’s what. We know that’s gonna happen. In Gambini’s show, we know that’s he’s gonna do magic. Whatever stupid name he’s given his show, we know he’s gonna do magic. We know this because his conversation is so theatrical. I mean, the opening moments have him talking about himself in the third person and apparently rehearsing. We never believe that a trick hasn’t worked, because we have been primed to treat the entire thing as a work of fiction. We know, from the very start, that this is not real, but that, nevertheless, ‘magic’ is gonna happen.

A: Well then, if that’s the case, every train journey you ever take is also “just like Columbo”, because you know where its headed before you leave the station.

B: Don’t be so basic. If Columbo was like a train journey, no-one would watch it. The important thing about Columbo is that the route is not predictable. Those weird, suspicious actions enacted by the killer at the start of the episode are both loaded with meaning – ie: that guy definitely did it and is 100% the killer – and strangely void of meaning – ie: what is he doing with that umbrella and record player? Why is he re-recording that voicemail? Why is he gonna kill a dude that he was just being so nice to? What the fuck is even happening, basically.

A: So that bit in the magic show where Vincent Gambini reads out the audience response before he even does the trick… That bit’s like a killer in Columbo, doing all his prep?

B: Yes, but so’s everything else here too. Remember the bit when the woman at the back shouted out about the fish?

B: Why d’you think she did that?

A: Because he’d shown us the fish before, and said that the fish would do a dance at the end…

B: Exactly. He’s telling us, every step of the way, what is gonna happen. The woman at the back had remembered the fish – she knew the fish dance was coming, and was excited to see it. So she called out for it.

A: Okay, okay, so Vincent Gambini is like Columbo. Fine. But how come we still don’t know how he did those things?

B: Interestingly, it’s because he’s not actually like Columbo at all.

A: I hate you so much sometimes.

B: No, really. This Is Not A Magic Show is like Columbo The TV Show, but Vincent Gambini is is not Columbo The Detective. That’s why my point stands – that after all this, it is a magic show after all. 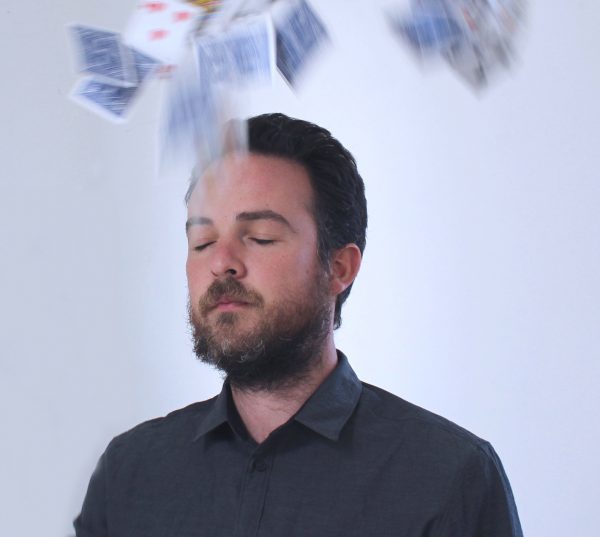 B: The whole point of Columbo The Detective turning up in Columbo The TV Show, is to provide motive. That’s what the audience are missing from the start. That’s why the killer’s actions are confusing to begin with. That’s why you’re compelled to watch. Without the ‘why’, you can’t know the ‘how’.

A: But I still don’t know how!

B: Yes you do. He even says in that bit about the guy with the beard. He doesn’t actually mix all the cards up. He just makes it look like he does. Remember that bit? The “I’m not a wizard” bit?

A: But I did though.

B: You think you saw him, because you never had Columbo around to reveal his motive. You became compelled by the theatricality of his actions, his storytelling, which all seemed to point to a natural conclusion, several natural conclusions: the performance of magic. But that wasn’t his motive.

B: Of course not. Look at the title of the show.

A: But I thought you said the title was stupid!

B: Yeah, I take that back. I’ve thought about it a bit more now. Soz.

A: So what was his motive?

B: There are a few options I suppose. Maybe… to make an argument about high/low culture, about artsy snobbery, about the vulnerability of performers, about audience tolerances, about pretence and reality, about the aesthetic relationship, about apathy and cynicism in the face of wonder. Something like that. The one thing for certain though, is that his motive wasn’t to do magic.

B: Have you even been listening?! Because the title of the show is This Is Not A Magic Show! Because he stands there and tells us that it’s all pretend! Because magic isn’t real! That’s the intended ending of this show. That’s the killer being taken to prison. The tricks are just part of the set-up.

A: You are so jaded. Seriously, I have never met anyone as jaded as you before. You need to find a way to put some joy back into your life. You’ve just seen what is basically the most astonishing magic show of all time and all you can fucking talk about it that fact that it’s not real, and that we can’t trust nice things.