When The Long Trick’s Over 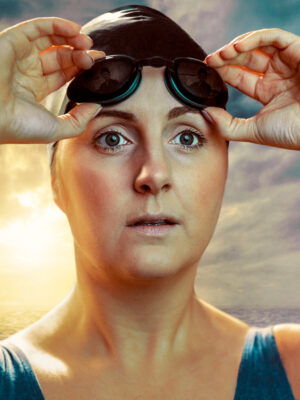 WHEN THE LONG TRICK’S OVER
By Morgan Lloyd Malcolm

'I’m doing this for her because this was my sister’s dream. This isn’t my natural habitat. I wouldn’t normally choose this. But she would have.'

Two sisters. One dream. The hardest open-water swim in the world.

This triumphant play from Olivier Award-winning Morgan Lloyd Malcolm moves forwards and backwards in time across the 21 miles between Dover and Calais as a young swimmer harnesses her mind and body to make the Channel crossing.

Mixing grief and joy, 90’s pop-songs, oil tankers and jelly babies, this HighTide and New Wolsey world premiere shows that love persists whatever the distance, and however perilous the journey to the other side.

Created by an all-female, multi-award-winning creative team and cast and led by trailblazing director Chinonyerem Odimba, the swimmer’s story is told through vivid projections and daring aerial work choreographed by Upswing’s Artistic Director Vicki Amedume. It is an entertaining and heartfelt examination of what it means to carry on even if it means swimming against the tide. 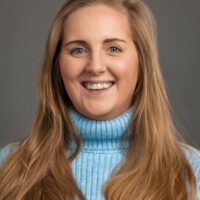 Stacey is a hard of hearing actress, born and raised in South Shields, Tyne and Wear. Since living and working as an actress and vocalist in London, she has trained with 'The Actors Class’ and ‘The American Musical Theatre Academy (AMTA) of London’. 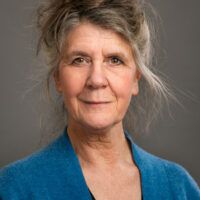 Rhea Samson in Vera, Prosecution QC in Lynn + Lucy. Further credits include Madame Rastoil in The Musketeers for BBC, Postmistress in The Man Who Knew Infinity with Dev Patel and Jeremy Irons, Aunt Gritty in The Mill on the Floss with Emily Watson, Sally Masey in Peter Kosminsky’s Innocents with Tim Pigott Smith, Bookish Woman in Stuart A Life Backwards with Benedict Cumberbatch & Tom Hardy.

Shenagh’s recent theatre credits include Nella in One Under, National Tour and Arcola Theatre for Graeae Theatre Company, Marian in Legacy at Rich Mix Theatre, Theresa in I Am Of Ireland at The Old Red Lion & national tour of her one woman show War Crimes for The Home.

Reviews of When The Long Trick’s Over

IM INCREDIBLY MOVED IN EVERY WAY POSSIBLE. INCREDIBLE ACTING & WRITING. I AM LOST FOR WORDS. I LAUGHED, CRIED AND ADMIRED THE AMAZING ACTING OF THE TWO CHARACTERS. THANK YOU. X

Absolutely delightful, thought-provoking, relatable, with moments of laughter and moments of tears. Well done to both actresses!! Highly recommend!