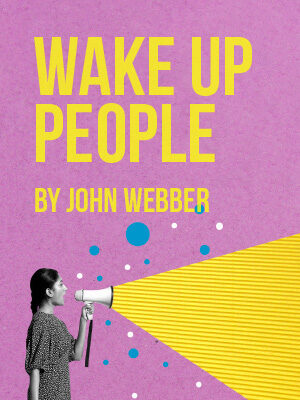 Lynn is an Eastender who moved out of London to better herself. She’s divorced, lives alone and, despite her migraines, likes to laugh. And she’s a conspiracy theorist. She believes 5G is killing us, the pandemic was planned and Orwell’s Big Brother is already here.

When her daughter, Gemma, loses her job at the local paper and moves in, it starts a battle for what’s certain in the world of alternative truths - resulting in them both confronting personal realities.

This Queens Theatre Hornchurch commission looks to dramatise the potency of conspiracy theories and their attraction for working-class people. A work in progress, it aims to be big both in style and theme, giving voice to people who feel marginalised and interrogating ideas that have been - rightly or wrongly - censored.

It’s based on interviews, attendances at events and watching far too many weird videos on Brand New Tube.