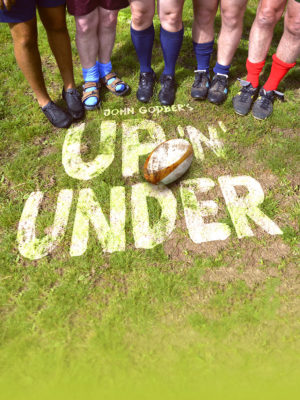 Presented by fingersmiths in co-production with the New Wolsey Theatre.

Set up in a bet with his arch rival Reg, our hot-headed hero Arthur discovers he has to coach The Wheatsheaf Arms; bottom of Castleford’s Amateur Rugby League who have never won a game, don’t have 7 players and spend more time in the pub than on the pitch.

They need to beat Reg’s team The Cobblers Arms who are top of the league, superbly fit, physically enormous and terrify every team they play.

But how does Arthur train his new team? They are Deaf, he doesn't sign and he only has 5 weeks to get his team into shape or he loses his house in the bet.

This fast moving and witty re-telling of John Godber’s award winning and much loved play, Up ’n’ Under, will delight audiences, bringing together fingersmiths’ visual and physical storytelling with a cast of Deaf and hearing actors using British Sign Language and spoken English.

Find out more at www.james-cook.me. 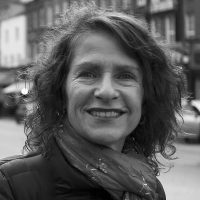 Television credits include: Deaf Funny, Don’t Leave Me This Way, The Chronicles Of Narnia, The Iron Man, Hands Up! and Words & Pictures (BBC).
Film credits include: Signs of an Affair; Still Here (Mutt and Jeff Pictures) and September 11th and Five Needles (Neath Films). Jean wrote and appeared in Signs of An Affair. She also wrote and directed the short film If I Don’t Lose, I’ll Lose.

Wayne ‘Pickles’ Norman has been working professionally for forty years; his first job was the Artful Dodger in the West End production of Oliver! in 1977.

Television credits include; Terry and June, Dr Who, Eastenders, Grange Hill, Inspector Morse and The Harry Enfield Show (BBC). Theatre work includes The Merry Wives of Waltham, Welcome Home, The Coming of Gowf, Afters and Counting the Ways. Pickles has been working for Graeae for 15 years as an access worker and also an audio describer appearing in their hit shows Reasons To Be Cheerful, The Iron Man and The Threepenny Opera.

Adam is from Kingston-upon-Hull and after studying Media at College for a number of years, he started producing and starring in his own short films which he shared with the world on YouTube. Films such as "Rooky" (2009) also won a grant from Remark! "24/7" (2010) for BSL Zone on Film4. He was invited to be a presenter for BBC See Hear (2011).

In 2013, He won Visual Vernacular competition in Deaffest, as a result, he performed on his debut VV at Sign Circle in Preston, Mental Health Issues Evening in Rotherham and Deaf Sports Personality of the Year event (2014). Also Doing Things Differently in Bristol (2016).

In Small World (2014-17) he appeared as role of Graham in which, the first ever, sitcom comedy drama was very successful TV in five episodes of Small World last year. He returned in Graham's appeared in series two of Small World this year.

He also works as a Stand-up comedian with fellow Love’s Labours Lost cast members Brian Duffy, David Sands and Matty Gurney, touring the UK doing an Improv Show which has been running for five years.

A massive Oxford United Football Club fan but does follow rugby too! 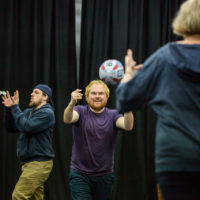 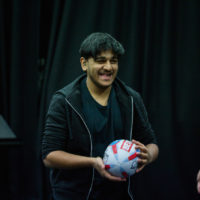 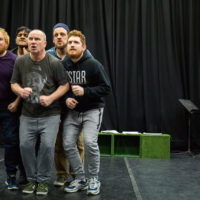 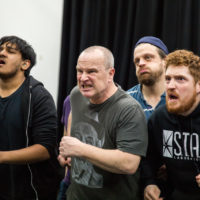 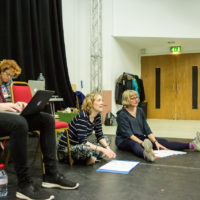 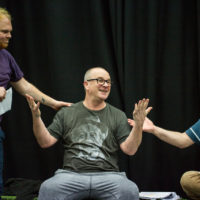 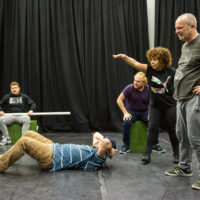 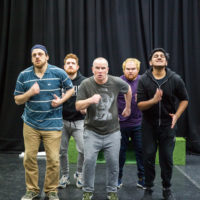 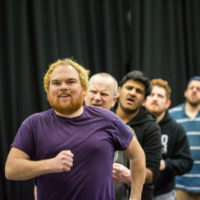 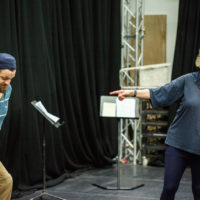 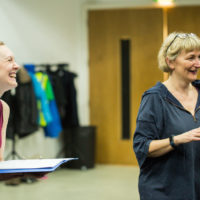 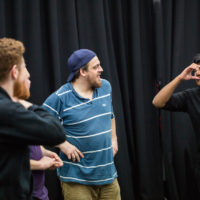 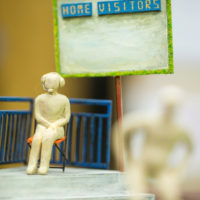 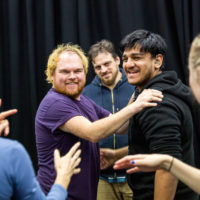 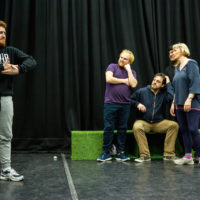 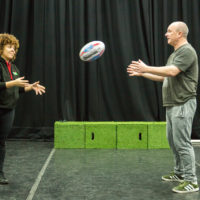 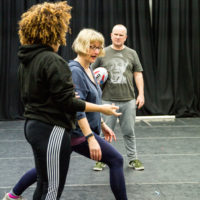 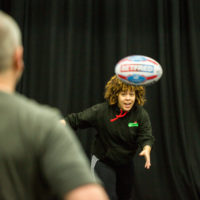 Reviews of Up ‘n’ Under

OMG it was amazing, loved it that some of the actors were deaf. FAB - U - LOUS

Great show! Really entertaining from start to finish. Fabulous actors who should be proud of their performances!