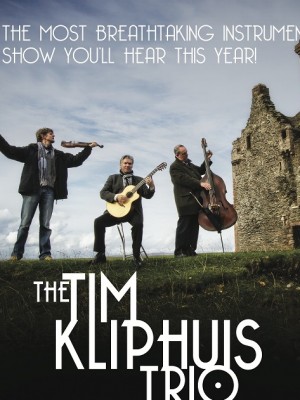 Award winning violinist Tim Kliphuis is a legend in the Gypsy Jazz world through his work with the Rosenberg Trio, Fapy Lafertin and Angelo Debarre. He has performed at all the major Django festivals worldwide and is seen by many as the inheritor of Stephane Grappelli’s crown. Tim and his Trio have toured from Canada to Russia, from Scotland to South Africa and their last CD The Grappelli Album has received rave reviews. The show takes the life of Stephane Grappelli as a starting point and includes music from Django Reinhardt days, his years as a world – famous jazz star and five beautiful Grappelli compositions, never played before on an international stage.