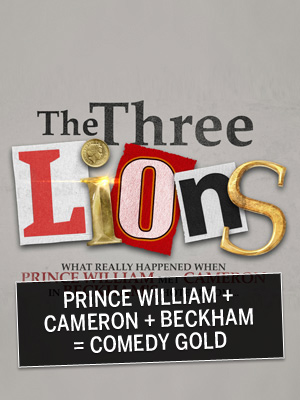 Presented by Rosie Bowen for PBJ Management and Jenny Topper

A footballer, a prince and a prime minister walk into a hotel room…..

This hilarious new comedy offers a behind-the-scenes glimpse of diplomacy in action, revealing what really went on between David Cameron, David Beckham and Prince William in a Swiss hotel the night before England’s bid to host the 2018 FIFA World Cup. In spite of missed planes, mistaken identities, misunderstandings and sartorial challenges, they are determined to bring the beautiful game home. But when things start to go disastrously and deliciously wrong, three heads may not be better than one!

“When even a footie–averse critic like myself has a ball, this is bound to be a roaring success” - The Daily Telegraph

“…masses of good jokes, this one’s a runner” - The Times 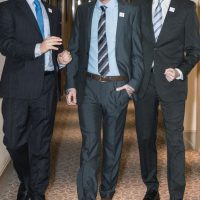 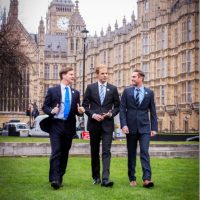 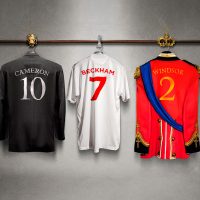 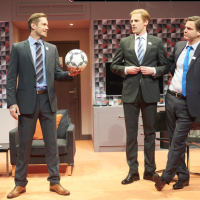 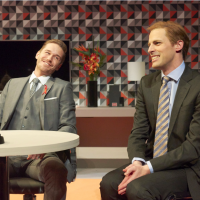 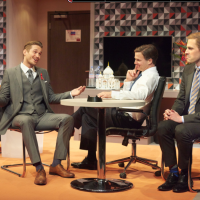 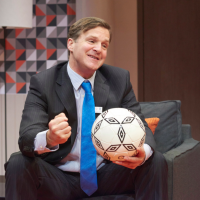 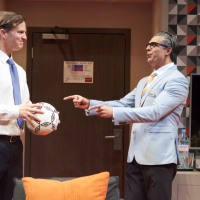 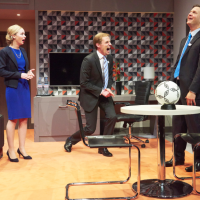 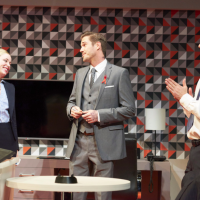 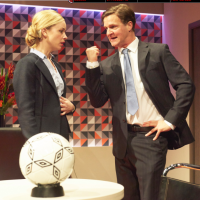 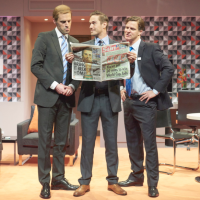 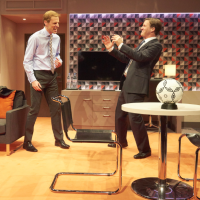 Reviews of The Three Lions

When even a footie–averse critic like myself has a ball, this is bound to be a roaring success ★★★★

Gaminara’s neat script combines light satire with good old-fashioned farce….What elevates it into the premier league is its classy cast whose knockabout is perfectly timed ★★★★

If you're looking for a feel-good night out this week, you're onto a winner with this one

One of the funniest nights in a theatre

Yet another fantastic show bought to the New Wolsey!! Can't stand football myself but this play was about so much more!! Brilliant acting and at one point, I really wasn't sure if that was the real Beckham or not!! Amazing character observations and incredibly long runs of dialogue especially from 'Cameron' towards the end. A really great evenings entertainment and very thought provoking!! Well done to all involved.

Absolute fantastic performance, actors were so believable to their characters, and so funny. A must to see.