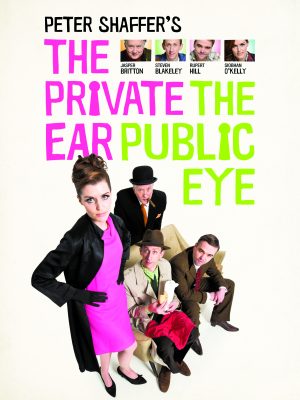 The first major revival in 50 years of these intimate one-act plays by the acclaimed, multi-award winning British playwright, Sir Peter Shaffer (Amadeus, Equus, The Royal Hunt of the Sun, Lettice & Lovage and Five Finger Exercise ). Both short and bitter-sweet comedies, performed as a matching pair on the same night, give us a fascinating window into the turbulent changing attitudes to love in the 60s through a brilliant combination of comedy, pathos and drama. The Private Ear is set in a musky London bedsit, where reclusive Bob, normally used to giving his full attention to his record collection, calls in a favour from Ted, his slick, confident friend, to help him treat his date, the beautiful but shy Doreen, to a slap up meal. The Public Eye takes place in a swanky London accountancy office, where uptight Charles is confronted by Julian, an eccentric private detective hired by Charles to investigate his young wife’s suspected infidelity. Bob expects help. Charles expects proof. But in this darkly comic double bill nothing is as it seems. 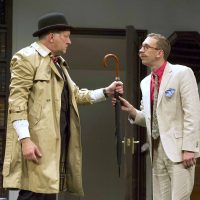 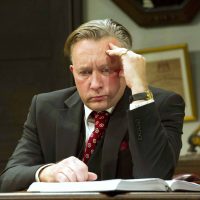 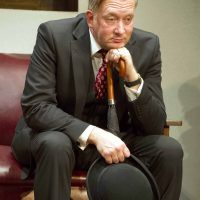 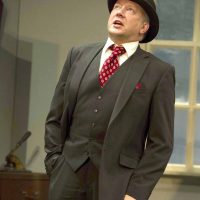 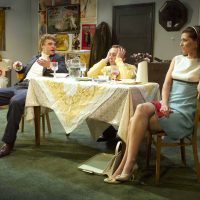 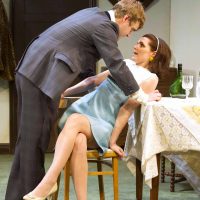 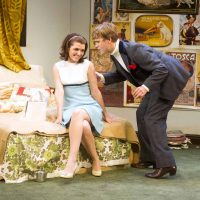 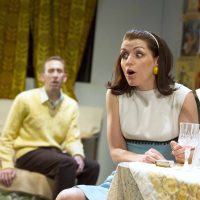 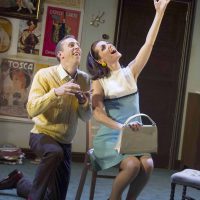 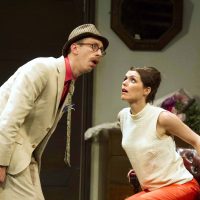 This production, performed at pace with an accurate sense of time and place, is a masterly revival that must be seen to be believed.