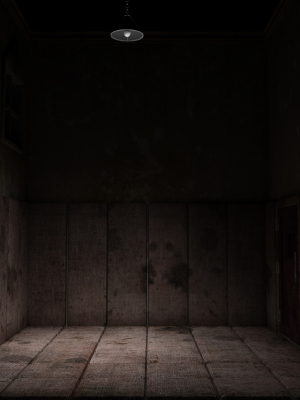 In an interrogation cell in an unnamed dictatorship a young writer is being questioned by two detectives. There’s been a series of brutal murders in the area, and they think the stories he writes might just have something to do with them! This dark comedy from the writer/director of In Bruges and Seven Psychopaths, combines twists and turns with big shocks, and even bigger laughs!

Join the acclaimed New Wolsey Young Company for an unforgettable masterpiece from the modern master of horror comedy Martin McDonagh.

Strong themes and occasional graphic content make this play unsuitable for those under the age of 14, and anyone with a weak stomach, overactive imagination or no sense of humour. 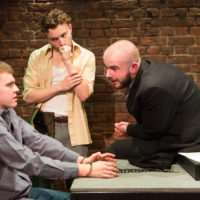 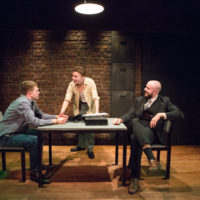 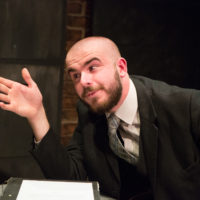 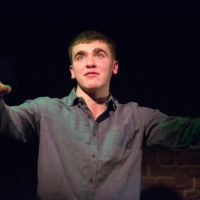 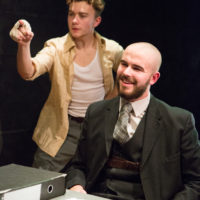 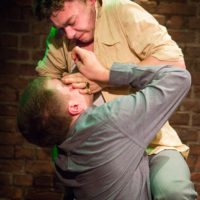 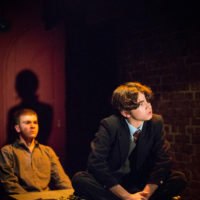 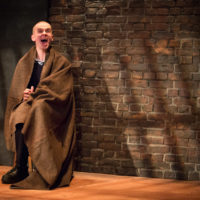 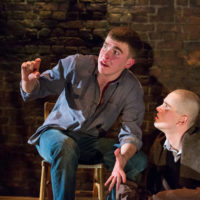 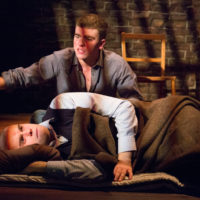 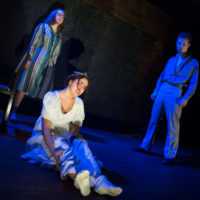 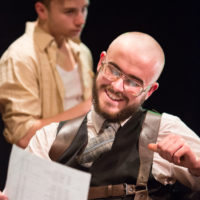 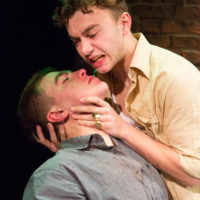 Reviews of The Pillowman

Another curtain call should have happened,thought provoking, an emotional rollercoaster, absolutely mind blowing production and fantastic talent...hope we can see it again one day soon.

Sometimes when you visit the theatre, you'll leave thinking, 'What a great show! I'm glad I came'. And on some special, rare occasions, you'll regret the fact that it's over, you'll wish you could see it again, you'll wish many more people could see it. This is one of those occasions for me. The Pillowman combines moments of absolute hilarity with some of the saddest scenes you're likely to see on stage. It is a difficult play for any company to stage, so it's particularly impressive for a such a young cast. But that's doing them a serious disservice. You don't have to give concessions, and it's wrong to qualify your praise by saying, 'It was a good production...for a group of youngsters'. Every performance was wonderful; each character is, to various degrees, funny, violent and deeply troubled, and the actors absolutely nailed them. Their very different (but equally powerful and dramatic) physicalities were hugely impressive. The storytelling was enthralling and, like the play as a whole, profoundly thought-provoking. The set was suitably sparse and intimidating; the music and lighting highly effective. I've already explained my first complaint: that the run had to come to an end. But I do have a second: one single curtain call was woefully inadequate! Seriously! 10/10, would laugh, cry and be very disturbed again.

The Pillowman by the New Wolsey Young Company is a showcase for the amazing young talent we have in Ipswich. Don't be mistaken, young they are, but the direction, set, lighting, music and performances are mature, cultured and extremely well researched. It's a 'deep sea dark' comedy that leaves you breathless at times, and your stomach knotted from the at times disturbing dark scenes and imagery that's created in your mind by the many short stories that are narrated. You're also immersed in feelings of guilt as you laugh at the perfectly timed comedic parts. There are so many real life current issues that are brought to the fore by this story; a wise choice by the Young Company. Quite simply the best dark comedy I have seen in many a year.

Absolutely brilliant - haven't been able to stop thinking about it since I watched it! Brilliant staging, actors and music (I cried during the smothering scene) I would definitely see it again, this is the best cast!