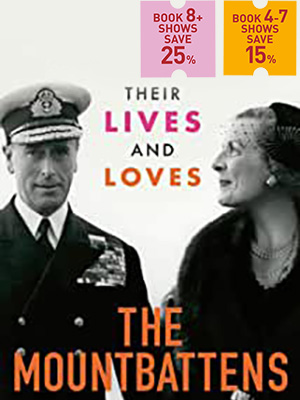 Dickie Mountbatten, a major figure behind his nephew Philip's marriage to Queen Elizabeth II and instrumental in the Royal Family taking the Mountbatten name, he was Supreme Allied Commander of South East Asia during World War II and the last Viceroy of India

Edwine Mountbatten was once the richest woman in Britain and a playgirl who enjoyed numerous affairs, she emerged from World War II as a magnetic and talented humanitarian worker loved around the world.

From British high society to the South of France, from the battlefields of Burma to the Viceroy's House, The Mountbattens is a rich and filmic story of a powerful partnership, revealing the truth behind a carefully curated legend.

The talk is presented by author Andrew Lownie