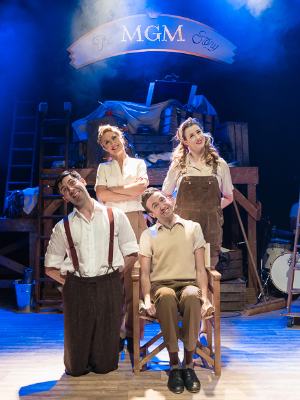 Presented by Katy Lipson for Aria Entertainment and Szpiezak Productions

The MGM Story traces the history of the golden age of song and dance and tells the tale of how the studio fostered the talent of stars including Judy Garland and Gene Kelly and composers such as Cole Porter, Irving Berlin and many more.

This brand new musical revue will take you back to those timeless classics, with songs from Singin’ in the Rain, An American in Paris, The Wizard of Oz and many more. Set on a disused film set; see how the world of the MGM musicals comes alive. With a West End cast and band, we welcome you to the world of….. THE MGM MUSICALS!