The Kings Of Cool 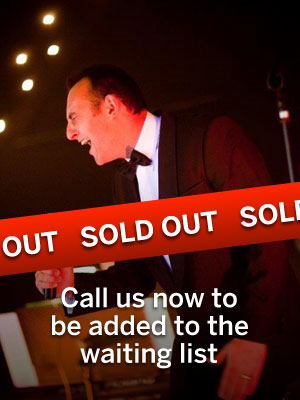 With Matthew Ford And His Band

A celebration of the coolest crooners. The hits of Frank Sinatra, Tony Bennett, Michael Buble, Bobby Darin, Andy Williams and many more…

Award–winning vocalist Matt Ford is widely regarded as the finest big band singer in the UK, broadcasting frequently with the BBC Big Band and The John Wilson Orchestra. Matt works regularly with acclaimed conductor John Wilson, performing at the 2011 BBC Proms in ‘Hooray For Hollywood‘ and subsequently touring the UK with the John Wilson Orchestra, something he repeated in November 2013. Last year Matt returned to the Royal Albert Hall for his second BBC Proms appearance (Hollywood Rhapsody), and made his US debut, performing in Hollywood with Seth Macfarlane. The Kings Of Cool features Matt’s own stunning nine piece band made up of the finest musicians in the UK.

If you are a fan of cool swinging standards, The Great American Songbook, and the music of The Rat Pack, then this is the show for you.