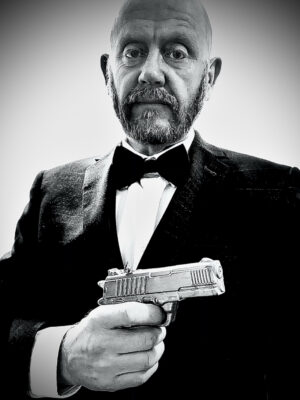 John Smith is well known across the worldwide Deaf community as a stand-up comedian and actor. He has toured in the USA, Europe, Australia, and many other countries and appeared in the Irish Afternoon Show on RTE, in Doctors on BBC1 and in the BSL Zone comedy drama Still Here, for which he won the Best Actor award at Ippocampus Cial Milan, Italy in 2012. He also appeared in all three of the Four Deaf Yorkshiremen films and all films in BSL Zones.

This event is performed entirely in British Sign Language.