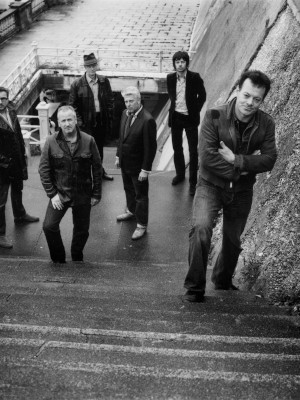 James Hunter is a Grammy-nominated soul and blues singer who has taken his last two critically-acclaimed albums to number one in America's Billboard blues chart. He has shared stages with the likes of Aretha Franklin, Van Morrison, Etta James and Willie Nelson and is regarded as among the very best soul vocalists on the planet.

Opening the proceedings will be one of this country's finest bottleneck blues guitarists - Martin McNeill. He hails from the Thames delta and will perform tracks from his latest album Lately I've Let Things Slide.

Reviews of The James Hunter Six

From Martin McNeill: Thanks for your comment, Mark. What a great venue to play and an honour to support James Hunter, who played a blinder. www.martinmcneill.co.uk

Excellent show,fantastic musicians & James Hunter brilliant singer/guitarist.Warm up act (Martin McNeill-slide guitarist) superb too-would have gone to watch him on his own.