The Heart Of A Tiger 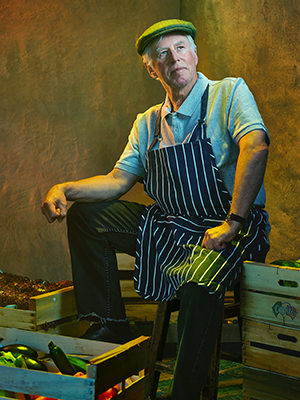 This show is Season Ticket eligible.

Ted is feeling pretty darn good thank-you-very much, straight out of chemo and back pulling the strings at Ormond’s Fruit & Veg - a proper grocer’s that he has managed to keep alive amongst the Waitrose and overpriced vegan hipster shops.

Unfortunately he’s come back to a right mess. Stevie’s launching a strike, a bollard has impaled itself on the new van (nothing to do with Colin’s driving), Melanie thinks because she’s run the shop for a minute she can stick her nose into his finances... and the cat’s gone missing.

On top of it all, Jimmy is back infecting the office with his capitalist propaganda. But Ted knows what's best for his staff, he's been on the picket-line for 40 years. And if anyone’s going to exploit his workers, it’s damn well going to be him.

He’s got a plan – an outlandish, ridiculous plan… but one that’s definitely going to work.

Starring BAFTA award nominee Phil Davis, and from the team behind Phillip Ridley’s smash-hit comedy Radiant Vermin, The Heart of a Tiger is about the collision between ideology and survival, keeping up when the world leaves you behind, and the politics of Brussels sprouts.

Presale is now open!
Find out how to access presaleBuy Presale Tickets
Starts
19.45

Presale is now open!
Find out how to access presaleBuy Presale Tickets
Starts
19.00

Presale is now open!
Find out how to access presaleBuy Presale Tickets
Starts
14.30

Presale is now open!
Find out how to access presaleBuy Presale Tickets
Starts
19.45