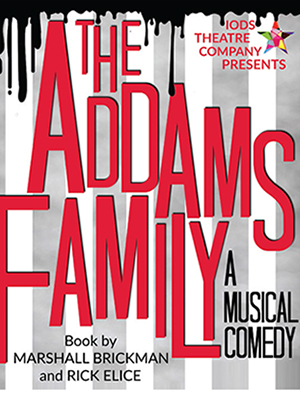 Based on Characters Created by Charles Addams

Everyone's favourite kooky family are now on stage in an adaptation from the writers of multi award-winning hit musical Jersey Boys with music and lyrics by Tony nominated Andrew Lippa. The show features an original story, and it’s every father’s nightmare. Wednesday Addams, the ultimate princess of darkness, has grown up and fallen in love with a sweet, smart young man from a respectable family – a man her parents have never met. And if that weren’t upsetting enough, Wednesday confides in her father and begs him not to tell her mother. Now, Gomez Addams must do something he’s never done before – keep a secret from his beloved wife, Morticia. Everything will change for the whole family on the fateful night they host a dinner for Wednesday’s ‘normal’ boyfriend and his parents.

Reviews of The Addams Family

Just had a wonderful evening at the New Wolsey Theatre in Ipswich. The Addams Family. Such a brilliant play, superb acting from every single member of the cast, great singing and dancing. The band were spot-on. And from 7.45 through till 10.30 with just a short intermission, very good value to boot! I laughed a lot, got a bit moist-eyed a couple of times, and had the time of my life! Very well done to the director, cast and musicians. Highly recommended.