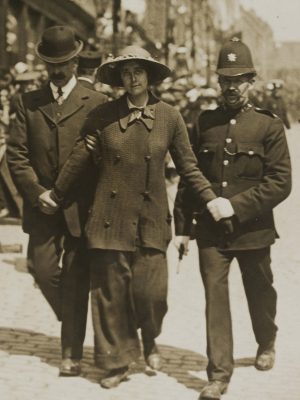 The Suffragette movement gave us many fierce and controversial women who took great risks for the sake of the vote.

They marched headlong into lines of police, hunger-struck, smashed windows, committed arson, sabotaged the Derby, slashed paintings and devised ingenious methods of resistance against a government which treated them as criminals - and their cause as subversive.

The suffragettes insisted that only a bill giving women the vote could put a stop to their militancy, hut the threat of world war in 1914 changed everything.

Katie Ward is a Suffolk based author of historical fiction. Her debut novel, Girl Reading, received high critical praise on both sides of the Atlantic. In this talk Katie will highlight well-known ad obscure examples of female daring from the Edwardian era, providing a context for the show.