Steemy Dan: Reelin’ In The Years 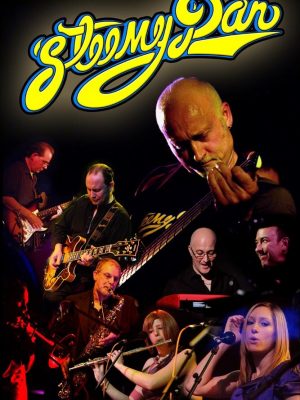 Steemy Dan Celebrate The Music Of The Legendary Steely Dan

Steemy Dan have been described ‘as a close as you could get to the real Steely Dan.’ They have also won praise from legendary session guitarist Elliot Randall who performed the stunning guitar solo on the original recording of Reelin' in the Years. Their New Wolsey Theatre debut will feature that song and many more gems from Walter Becker and Donald Fagen’s rich library of beautifully crafted songs.

Performances by Steely Dan in the UK have always been few and far between so this is a rare opportunity to hear hits such as Do It Again, Rikki Don’t Lose That Number, Haitian Divorce and FM (No Static At All) performed in a concert setting.

Reviews of Steemy Dan: Reelin’ In The Years

I saw this band at the Queens Theatre, Hornchurch in June 15 and I'm seriously thinking of travelling to Ipswich from London to see them again. I did the same to see them at Dance East last year. Superb music, superbly performed.