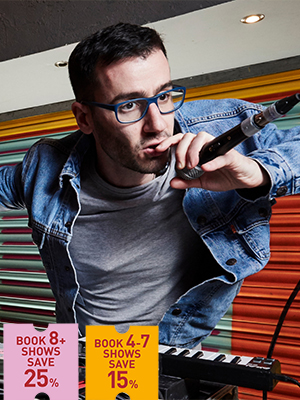 Fresh from playing the Other Stage at Glastonbury, receiving support from BBC Radio 1 for his debut solo album, creating a moving TED talk and a critically-acclaimed run at the Edinburgh Fringe Festival, SK Shlomo returns with his latest full length show Surrender - an uplifting exploration of breakdown, recovery and celebration of life in a mind-melting mix of breathtaking beatboxing, live-looped storytelling, and epic electronic music.