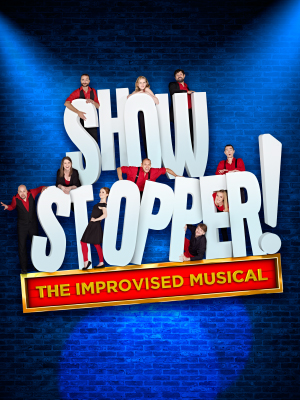 Spontaneous musical comedy at its finest - direct from the West End and returning to Ipswich for the third year running by popular demand!

With nine years as an Edinburgh Fringe must-see phenomenon, a BBC Radio 4 Series and now a critically acclaimed West End run at London's Apollo Theatre as well as an Olivier Award to their name, The Showstoppers have delighted audiences across the globe with their ingenious blend of comedy, musical theatre and spontaneity.

So whether you fancy Sondheim on a ski lift or Cole Porter in Poundland - you suggest it and the Showstoppers will sing it!