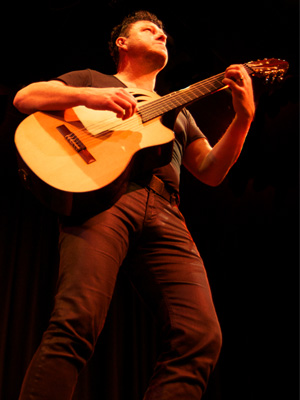 A chance to see the UK’s only stand up, barefoot, unclassical guitarist.

Richard Durrant’s virtuosity and spontaneity generate an electric atmosphere. With animated film, projected artwork and his own very special connection with the audience Durrant performs his new Guitar Whisperer Show.

Including music by Bach, Django, Debussy and Durrant including the title track from his latest album The Girl at the Airport.