Performed on Thu 30 May 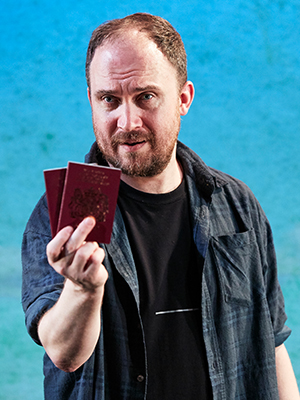 A globe-spanning journey of attempted escape, with songs along the way.


We all have a nationality.

Or almost all of us.

Status is a show about someone who doesn't want his any more. About running away from the national story you're given. About who is responsible for that story and what might happen to it if you give it up.

Supported by the British Council, Goethe-Institut London, the Collaborative Touring Network and using public funding by the national lottery through Arts Council England.

“… the words are eloquent, the music essential and powerful, and the performance full of a brilliant, prowling precision…”