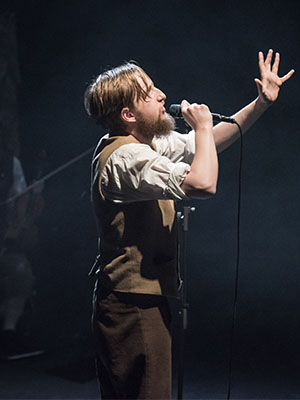 A rambunctious show about one of the North’s greatest forgotten revolutionaries.

From the critically-acclaimed rap storyteller behind Grandad and the Machine comes a raucous new show with live music about England’s forgotten revolution.

On 9 June 1817 Jeremiah Brandreth assembles a crew of malcontents in a pub near Nottingham. Their plan is to march on London, overthrow the government, wipe out the National Debt and end poverty forever. What Jeremiah doesn’t know is that there is a spy in his ranks with other ideas…

‘Impressive poetic, musical and narrative skills… undoubtedly a performer with an exciting career ahead of him’ // EXEUNT

FREE DAY* *Pulse Festival tickets are usually priced at £10, but today you're in control of paying what you think. Take the risk on the unknown, or bring that friend that thinks theater's rubbish just to prove them wrong, and pay what you think at the end of the show