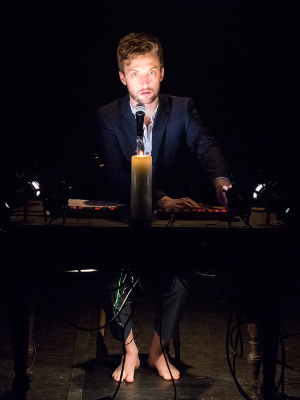 Presented by Show and Tell and Kieron Hurley

A city. Just like this. Right now. A teenage girl boils up in rage in a toilet cubicle. A finance worker preaches doom in a busy train station. An absurd coke-addled celebrity races through town on a mission. A paranoid stoner stares blankly at the endless disasters on the TV news. In just one moment, all their worlds will end.

Multi award-winner Kieran Hurley weaves a picture of a familiar city at its moment of destruction, asking what would we do if we found ourselves at the end of our world as we know it.
Directed by Julia Taudevin and Alex Swift. Music by Michael John McCarthy. As part of the Made In Scotland showcase 2016.
Fringe First Award Winner 2016 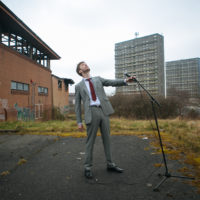 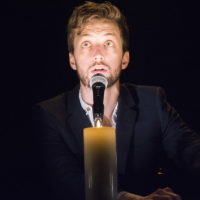 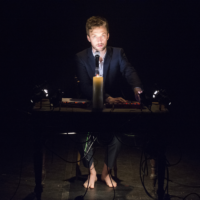 Reviews of #PULSE17 – Heads Up

'Superb storytelling theatre… Hurley’s new show is a quiet hurricane blowing through the city. It is anxious whisper that becomes a shout; a moment of silence that turns into the high-pitched whine of catastrophe’

'Urgent, compelling, beautiful writing… confirms Hurley’s status as one of the most powerful writers to emerge in British theatre this decade'

'despite covering what is now familiar ground, Kieran Hurley’s solo show Heads Up is a standout: an urgent, biting but humane take on our final days, woven together from the rich details of everyday life.'