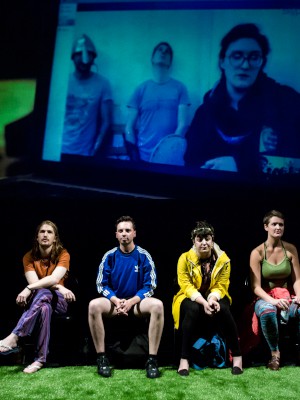 A multimedia show attempting to capture the 2015 summer solstice

2015 saw 30 years since the Battle of the Beanfield, a brutal crackdown on the annual Stonehenge Free Festival. Called away from policing the miners’ strike, officers enforced an injunction around the ancient stones with bloody violence and mass arrests.

Marking the anniversary, Breach set out to stage a historical re-enactment – armed with homemade riot gear, a Wiltshire map and a video camera.

In this acclaimed multimedia show, the footage is intercut with a live performance attempting to capture the 2015 summer solstice: hot dog stands, MDMA, and young people trying to connect – but it all feels a bit fake.