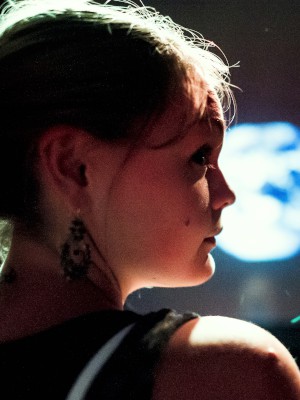 A show about what we believe in, what we stand for, and what we can change

Presented By The Flanagan Collective In Co-Production With Greenwich Theatre.

A woman runs so fast she bursts in to a million pieces. A man stands at the end of a pier,
looking up at the stars.

FABLE is a show about where we are and where we’d like to be - about our childhood dreams and what, here and now, we are left with.

Two people meet on the far west coast of Scotland and change each other profoundly. A show about what we believe in, what we stand for and what we can change. A fable wound from spoken word, storytelling and live music. Inspired by a real village in the Scottish Highlands, FABLE premiered at Summerhall at the Edinburgh Fringe, before transferring to Soho Playhouse in New York, Vault Festival in London and The Adelaide Fringe Festival.

‘Whimsical sparkle with a poignant edge’ The Scotsman

‘Bags of charm and optimism about the human race’ The Guardian