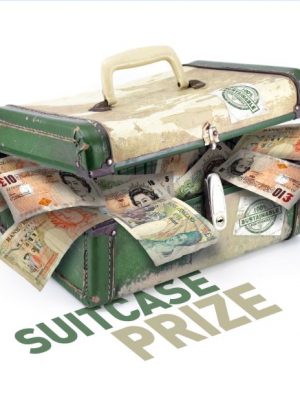 The Suitcase Prize challenges theatre makers to think in an environmentally and economically sustainable way. The 10 participants compete to win £1,000 by presenting a 20 minute scratch which can be transported on public transport! Yes, literally in a suitcase! The judging panel will consider your feedback throughout the day at #pulsesuitcase

There are three sessions. One ticket covers all sessions. Join us in the bar for the Suitcase Prize Awards Ceremony at the New Wolsey Theatre at 8pm.

KRISTINA GAVRAN
LIFE IN A SUITCASE
An off-site, audio theatre experience for one person.
Every 15 mins from 12pm. Sign up at the Ticket Sales Desk on the day.

2 MAGPIES THEATRE
VENTOUX
The greatest stage of the Tour de France, with a syringe full of hindsight

FLIGHT OF THE ESCALES
I GAVE HIM AN ORCHID
An act of public self-help, absurd melodrama and poetic meanderings

THE DEAF & HEARING ENSEMBLE WITH ERIN SIOBHAN HUTCHING
PEOPLE OF THE EYE
A show about D/deafness and family.

KATE O’DONNELL
A SHORT HISTORY OF MY TITS
Using tit tassels, maths and a bit of pizazz, Kate reveals all.