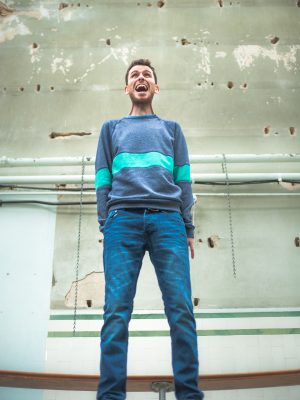 The smash hit drama about big lies and small truths.

A drama about telling big lies and small truths. About pigs that fall in love. About crows that talk. About fish that fall from the sky. About running away and finding yourself. The story of a 10 year-old boy on the edge – literally on the roof of his school – confronted by a situation that seems hopeless. He can either give up or fight.

This new English language version of one of Europe’s most
successful plays for young people was a smash hit with
critics and audiences during its 2013 Edinburgh Fringe run.

“A completely compelling piece of theatre” ★★★★
The Scotsman

The smash hit drama about big lies and small truths.

All Pulse Festival events offer unreserved seating so you simply choose where you sit on arrival.