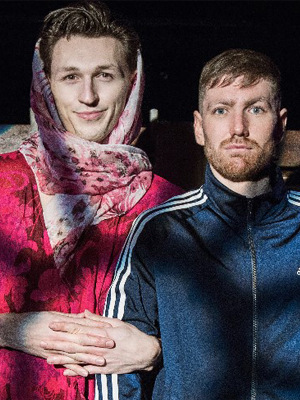 The story of ‘Gorgeous’ George O’Connell, a bare knuckle fighter from a traveller family, hero to his people and self proclaimed ‘Gypsy King’. George enters the world of professional boxing which puts him on a collision course with his roots, his fears and his very identity.

In the opposite corner, Dane ‘The Pain’ Samson, the young pretender and son of a boxing legend, is fighting his own battles. This lead to a tragedy that neither man can predict.

With the real challenge taking place outside the ring, can two men raised to fight ever learn to love?

‘Gypsy Queen’ is a critically acclaimed love story about two men who find each other in the most unlikely world; the world of professional boxing. It explores LGBTQI visibility in sport, faith and sexuality and the notion of masculinity, played out with biting humour, heart and soul.