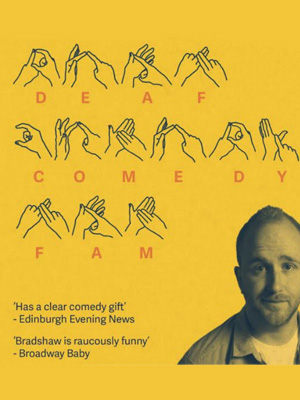 One in six people in Scotland suffer from hearing loss. Two of those people are Ray's parents. Full of hilarious tales about growing up with deaf parents, this show will be performed in both Sign Language and English, by Ray himself, in what is believed to be a world first. The show debuted at the Edinburgh Fringe Festival to rave reviews from both press and audience members alike.