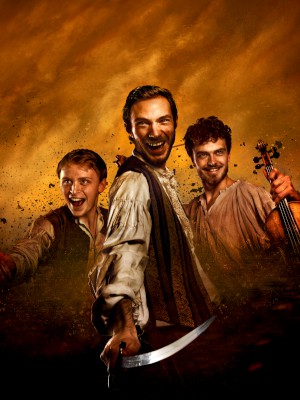 Captain Morgan and First Mate Hammond quest for the secrets of time-travel in a rip-roaring comedy adventure.

All the monsters, sword fights and shivered timbers you’d expect from a Hollywood blockbuster, delivered by two actors and one musician. Using nothing but their bodies to conjure objects and set, Morgan and Hammond must slay monsters, battle sea gods and outwit the dastardly privateer Renshaw to claim the ultimate prize – the Sands of Time.

“An explosion of pure imagination” ★★★★

Listen intently, laugh in delight, smile in awe, as the two actors create so many characters in just one hour. It is what a comedy should be.