PULSE Presents: Badass Be Thy Name 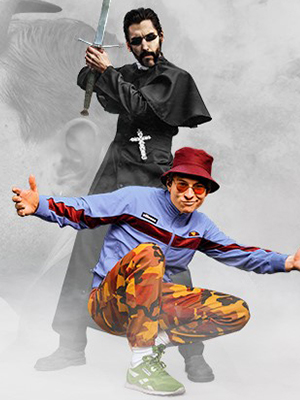 Hot off the back of sell-out runs at Edinburgh Fringe and Soho Theatre London, multi-award-winning company POLICE COPS bring you their latest comedy blockbuster: Badass Be Thy Name.

MANCHESTER 1999. A gritty Northern kitchen-sink drama turns into a vampire slaying horror epic. Complete with a 90s rave soundtrack, supercharged physical comedy and more vampires that you can shake a stake at.

This production is supported by New Diorama Theatre, The Pleasance and The Lowry.

Reviews of PULSE Presents: Badass Be Thy Name