Return of the Comeback 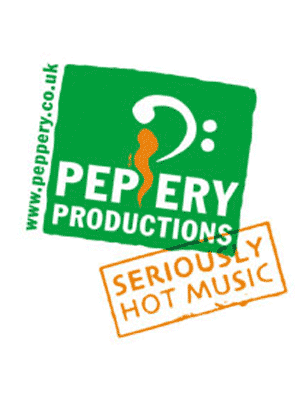 The Edinburgh 9-piece are currently touring a joyous selection of tunes from their critically acclaimed albums, The Moveable Feast and Lung Capacity, as well as several new compositions which the band are bursting to try out on audiences in 2014!

The swagger of a Balkan wedding band and the rebellious energy of Latin carnival are ever-present, as well as flavours from Bollywood to Havana to the sassy street bands of New Orleans – all put into the mix with a host of colourful characters and given the exuberant Orkestra del Sol treatment. 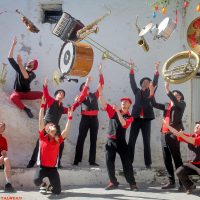 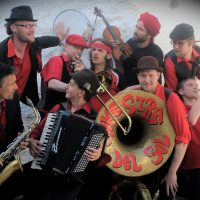