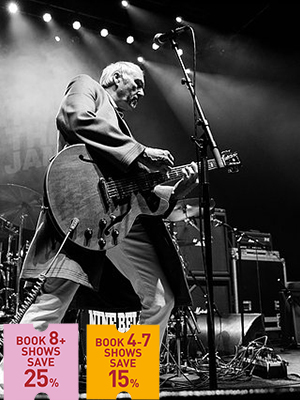 40 years since Nine Below Zero first offered a rhythm & blues alternative to the punk-pop of the mainstream, the south Londoners promise a supercharged show from start to finish. Founding members Dennis Greaves (guitar & vocals) and Mark Feltham (harmonica & vocals) will be joined by Dennis’ son Sonny Greaves on drums, Ben Willis on bass, Tom Monks on keyboards and the impressive female vocals of Charlie Austen. Formed in 1979 the band took their musical cues from the R&B greats of the 1960s, with a harder-edged sound more akin to contemporaries Dr Feelgood with a strong dose of The Yardbirds. The critically acclaimed expanded line-up is celebrating the release a new album entitled Avalanche. It’s one of the best CDs in the group’s long history and songs from it will take pride of place in what will surely be one of Ipswich’s best gigs of 2020.

Reviews of Nine Below Zero