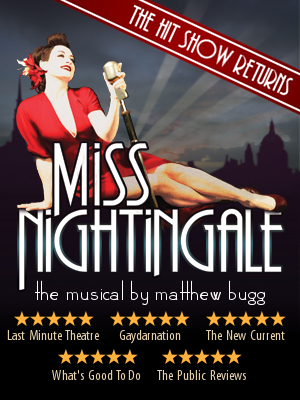 Mr Bugg Presents in co-production with the New Wolsey Theatre.

After taking the UK and the West End by storm in 2013 Miss Nightingale - the musical comes home to roost. Peter Rowe's nationally acclaimed production of the hit show is back by popular demand! And it's now funnier, more moving and has some amazing new songs and costumes.

Feisty singer Maggie and her songwriter, George, are struggling to find their big break. She longs for stardom and the high life. He's hiding a dark secret in the shadows.

Everything changes when they are picked up by wealthy socialite Sir Frank Worthington-Blythe who needs an act to launch his new nightclub. Maggie is transformed into saucy cabaret star 'Miss Nightingale' - her outrageous outfits, saucy songs and scandalous love life make her the toast of London.

But away from the showbiz glamour, heartache and secrets threaten to be more devastating than the Blitz.

Miss Nightingale is a glorious show, where saucy humour highlights a moving tale of love, loss and hope - when every day needs to be lived as your last, and the best you can do is stand up and be counted. The original songs, from hilarious tongue-in-cheek music hall numbers to tender ballads, performed cabaret-style by a cast of actor-musicians perfectly capture the style and spirit of the Forties.

Contains scenes of a sexual nature and partial nudity.

MUSICALS PACKAGE
Miss Nightingale, The Threepenny Opera, Betty Blue Eyes and Tom. Book all four shows in the same band for any evening performance and pay PREMIUM £17.50 per ticket (Save £30) or BAND A £15 per ticket (Save £20). 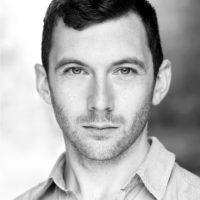 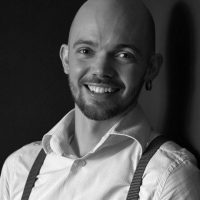 Matthew originally trained as a dancer but decided to concentrate on music after suffering a serious shoulder injury. He studied composition at the University of Birmingham, winning the Barber Scholarship and Roland Gregory Prize. He got his first professional job as Musical Director at the Mercury Theatre before graduating. He has since gone on to work at many of the major theatres across the country and in the West End as composer, sound designer and choreographer. West End and UK tours include: ‘Volcano’, ‘Three Men in a Boat’, ‘The Secret of Sherlock Holmes’, ‘The Handyman’, ‘Barefoot in the Park’, ‘Quartet’, ‘Hound of the Baskervilles’, ‘My Brilliant Divorce’, ‘All Quiet on the Western Front’, ‘Some Like it Hotter’, ‘Government Inspector’, and ‘The Canterbury Tales’. Other work includes: ‘The League of Youth’, ‘To Reach the Clouds’, ‘Polygraph’ (Nottingham Playhouse); ‘The Father’ (Belgrade Theatre); ‘And Then The Dark’, ‘Family Affair’, ‘Double Indemnity’ and ‘The Glass Menagerie’ (New Wolsey Theatre). He also performs, having played Ariel in ‘The Tempest’ at Nottingham Playhouse and has presented concerts at the Barbican, London and at Sheffield City Hall. Miss Nightingale is Matthew’s first piece as both composer and writer. www.matthewbugg.com 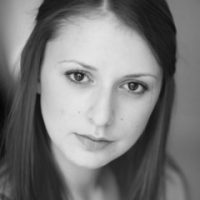 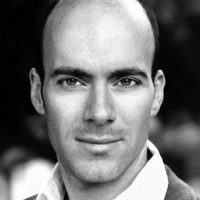 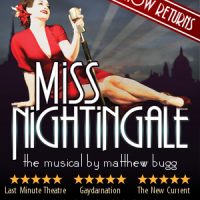 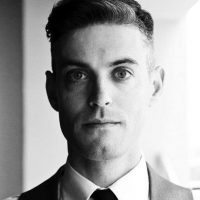 Tobias studied at the University of Sheffield (BA English with Drama) and King’s College/RADA (MA Text & Performance Studies). Theatre work includes: Sammy in ‘Cracks’, Sperm/Roger in ‘The Balcony’, Emelia in ‘Two Noble Kinsmen’, Junior Brother in ‘The Revenger’s Tragedy’ and the title role in ‘Hamlet’ (The Drama Studio, Sheffield) and ‘Half a Hamlet’ (Edinburgh Festival), and Page in ‘Antigone’ (Baron’s Court Theatre). TV and radio includes: ‘The Maths Programme’ (Channel 4) and the monologue ‘Trade’ (Spectrum fm).

Henry has work extensively in theatre, television and film, and has won or been nominated for numerous awards. He is currently appearing in The Winslow Boy at the Old Vic.

Peter is the Artistic Director of the New Wolsey Theatre.

After training at the Thorndike Theatre, Peter became the Artistic Director for the Southampton-based Solent People’s Theatre and then Artistic Director for the London Bubble Theatre Company, touring London in a big top tent. He has held two other Artistic Directorships, at the Gateway Theatre, Chester and the Liverpool Everyman while freelance work has included productions for regional theatres and touring companies up and down the country. He has directed Boyband and Return to the Forbidden Planet in the West End and on national tours, together with his own musical, Leader of the Pack.

As Artistic Director of the New Wolsey Theatre, his productions have included Sweeney Todd, Perfect Days, Double Indemnity, A Family Affair, A Mad World My Masters, Leader of the Pack, The Good Companions, Neville’s Island, Stephen Sondheim’s Company, Sugar, The Price, A Funny Thing Happened on the Way to the Forum, Vincent in Brixton, Blues in the Night, The Glass Menagerie, Laurel and Hardy, Little Shop of Horrors, A Chorus of Disapproval,  Chimps, a new musical adaptation of It’s a Wonderful Life, Noises Off, Up on the Roof , Guys and Dolls, Bedroom Farce, Mods And Rox, And Then The Dark, the UK National Tour of the Madness musical Our House, Miss Nightingale, a major revival of The Threepenny Opera, with co-director Jenny Sealey, Midsummer Songs, Feed The Beast, a new play by Steve Thompson, Sweet Charity, the Jason Robert Brown musical The Last Five Years and a touring production of Graham Linehan’s adaptation of The Ladykillers. Earlier this year he wrote and directed Our Blue Heaven, a play with music, celebrating Ipswich Town’s FA Cup victory forty years ago.

He has written ten record-breaking Christmas shows which are currently being produced annually at the New Wolsey Theatre, Stafford Gatehouse Theatre, and Leeds City Varieties. He wrote a musical about Ellie Greenwich, the writer of the great girl group songs of the sixties - Leader of the Pack – which has played at the New Wolsey and on two national tours. He has also written the books for Songs From a Hotel Bedroom, a setting of Kurt Weill songs produced at Watford Palace Theatre and the Linbury Studio at the Royal Opera House, and 20th Century Boy, a musical inspired by the life of Marc Bolan, which has played at the New Wolsey, The Belgrade, Coventry and on a major national tour. His original play Midsummer Songs, with music by Ben Goddard, premiered at the New Wolsey Theatre in 2014.

Keith is a qualified lawyer specialising in intellectual property advice for the creative sector. His clients include regional theatres, theatre and dance companies, festivals, writers and producers. He has performed, directed and produced Shakespeare plays and musicals in Essex, Suffolk, Staffordshire, South Yorkshire, London and Ireland. Keith is the author of ‘The Methuen Amateur Theatre Handbook’ and starred in the hit Channel 4 series ‘Bank of Dave’. 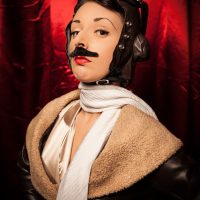 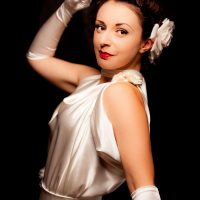 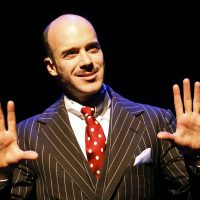 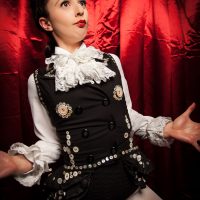 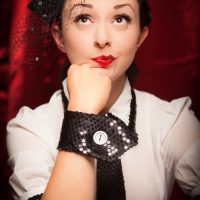 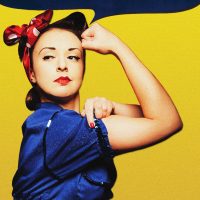 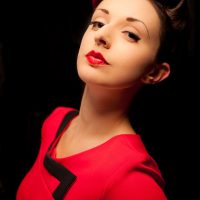 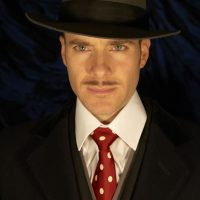 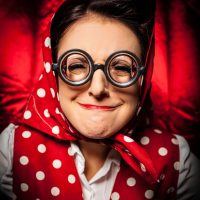 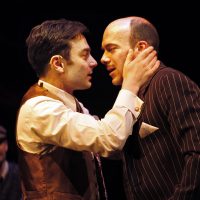 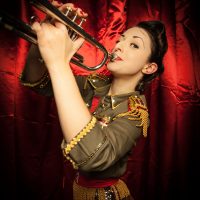 Reviews of Miss Nightingale – The Musical

Miss Nightingale the musical is a moving tale of lust, love, and the fight for the right to be true to one’s sexuality.

Miss Nightingale is a touching, thought-provoking reminder of a lost world: light entertainment and illicit love in those dark days of the 1940s.

A Blitzy, wartime, blackout romance of gin, gents and garter belts… the songs are terrific.

an artistic production which sizzles with glamour and sensuality but is not afraid to tackle the hardships of that time. A great night out at the theatre to experience time travel with a twist.

a great production that I would urge you to see

Miss Nightingale brings the vintage sounds of the 1940s alive with some very talented actor musicians and really is a show not to be missed.

A glorious show, where quirky wit and innuendo lie above a tale of love, loss, and hope

Fabulous, flirty and outstanding stuff. Go and see it!