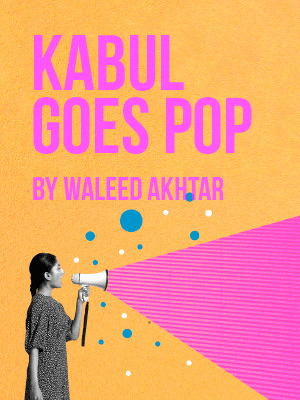 The world premiere production of the debut play by East of England playwright Waleed Akhtar, Kabul Goes Pop: Music Television Afghanistan explores the devastating effects when two young friends take on the political landscape while trying to build a new Afghanistan. Inspired by the true story of the hosts of Afghanistan's first pop music station, this bold new play combines a hard-hitting examination of the complex, contradictory political events of the early 2000s with an irreverent, playful love of the pop bangers of the period - expect Britney, Christina and more!

First presented to huge acclaim as a rehearsed reading at the New Wolsey as part of HighTide's "Inventing The Future" Festival in Autumn 2021, this fully staged production is directed by rising star of British theatre Anna Himali Howard, previously Associate Director on the legendary theatre production FLEABAG by Phoebe Waller-Bridge.