Justin And The Argonauts 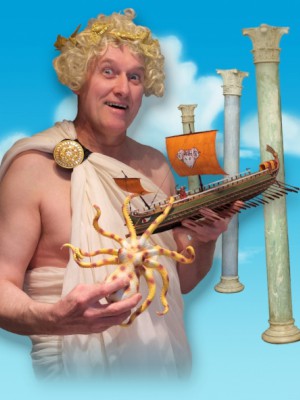 Only one festive show this year from Pat Whymark & Julian Harries - "Those magicians of Christmas entertainment" (EADT) - last year they gave us THE TINDER BOX and THE MYSTERY OF ST FINNIGAN'S ELBOW (for Eastern Angles) - but it'll be EPIC!.

The ancient myth of a ship full of heroes on an quest for glory is given the Common Ground make-over of gags, songs and surreal silliness...anyone who's seen one of their shows will know what's coming: ...swords, sandals, sea monsters and some very silly gods indeed!

Reviews of Justin And The Argonauts

saw the show at Aldeburgh at the weekend. A really funny, manic, daft play with a very talented cast. please see this show!