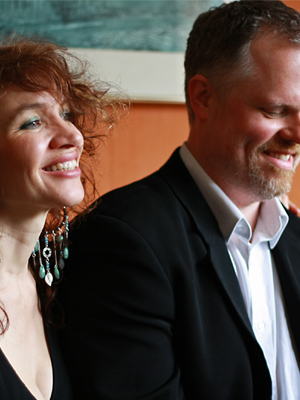 Jacqui Dankworth is one of the most highly regarded vocalists in the UK. Her concert appearances and her stylistically diverse recordings showcase her virtuosic and effortless mastery of a wide spectrum of genres. Known primarily as a jazz singer, Jacqui also draws on folk, soul and blues influences. Her voice has been described as “multi-faceted” and “incomparable”.

Chris Allard has performed at many prestigious venues and festivals and he has performed/recorded with numerous big names. His last album received critical acclaim including four stars in Guitarist Magazine.