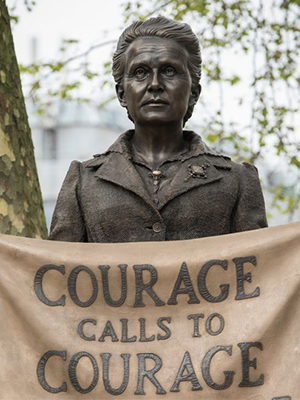 A drama interspersed with original music and songs of the time about the struggle for the vote between Emmeline Pankhurst’s Suffragettes and Millicent Fawcett’s Suffragists.

During the late 18th to early 19th C the fight for women’s right to vote was a long and protracted one in which many put their lives (some literally) and souls into winning.

But two women stand out as the leaders of the fight: Emmeline Pankhurst from Manchester and Millicent Garrett Fawcett from Aldeburgh in Suffolk.

Millicent and Emmeline were in many ways opposites and yet they both were working towards the same goal – not just the vote but equality for women. But would their rivalry prove the undoing of their national campaign and put an end to the dreams they both shared but wanted to achieve in very different ways?