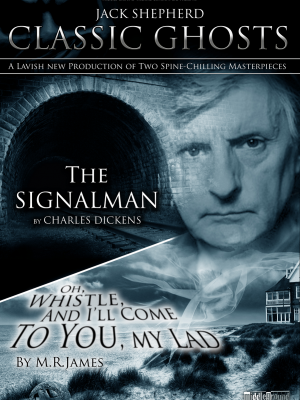 The Signalman by / Charles Dickens Set in 1880, this is Dickens’ exquisitely unnerving tale of a tormented signalman who is haunted by visions of impending disaster on his isolated stretch of line.

Oh, Whistle, and I’ll Come To You, My Lad By / M.R.James
The story of Professor Parkins, a Cambridge academic who finds an old whistle whilst on holiday at a bleak English east coast hotel in 1907.

DRAMA PACKAGE
Moon on a Rainbow Shawl, Classic Ghosts, Refugee Boy and Translations
Book all four shows in the same band and pay PREMIUM £15 (Save £20) per ticket or BAND A £12.50 (Save £10) per ticket.

Award-winning veteran actor Jack Shepherd has a long and distinguished career in film, television and on stage. His awards include a Laurence Olivier Theatre Award, a Plays and Players London Critics' Award, and a Time Out Award. He is probably best known for his portrayal of Detective Superintendent Charles Wycliffe in the television series Wycliffe.

Born in London, Terrence began his career as a "walk-on" at The Old Vic, then spent three years in repertory at Bristol and five with the Royal Shakespeare Company. Among parts for the latter were Mephistophilis in Doctor Faustus, and Starveling in the famous Peter Brook production of A Midsummer Night's Dream.

A wide range of work in theatre since then includes: The Changeling and French Without Tears (English Touring Theatre) ; Called To Account and Bloody Sunday (Tricycle and Abbey, Dublin); Road To Ruin (Orange Tree); Blithe Spirit (Yorkshire Playhouse); Present Laughter (Tour); The Country Wife (Tour); Season's Greetings (Windsor); Twelfth Night (Westcliff); John Bull (Bristol); Lady Audley's Secret (Lyric, Hammersmith); The Curse of the Werewolf (Stratford East). In a musical version of The Demon Headmaster, he reprised the title-role that he created on television. Several seasons of pantomime also saw him appear as the villain.

Dicken is a very experienced actor who has extensive credits in theatre, television and film.
On screen he is best known as Duke Woods in Emmerdale. He has appeared as Geoff Horton in Coronation Street (Granada TV), Alan Partridge in Brookside (Mersey TV), At Home With The Braithwaites (Yorkshire TV), Doctors (BBC), Inspector Morse (Carlton TV), and the sci-fi cult classics; Doctor Who (BBC) and Blakes 7 (BBC).  Dicken also played the leading role in Scab, a drama about the last miner’s strike, which won major awards at the Berlin Film Festival and a Prix Italia.

James is delighted to be working with Middle Ground Theatre Company once again, having previously appeared in their productions of Dial M for Murder,  Billy Liar and Cadfael: The Virgin in the Ice.
He has worked extensively in theatre both in this country and abroad, appearing in Austria, Germany,  Norway, Holland and Sri Lanka.  His TV work includes: Casualty, The Lakes and Hetty Wainthrop Investigates - BBC productions, Big Meg Little Meg, Love Lies Bleeding and Coronation Street - ITV productions. Weekend Stories - WDR TV production.

Jenny-May Darcy is a Midlands born actress. She trained at The Courtyard Theatre in London (taking lead roles; Adela in 'THE HOUSE OF BERNARDA ALBA', Luciana in 'THE COMEDY OF ERRORS'). Since graduating in 2011 she has appeared in numerous television Commercials; (Burger King, Game, LYNX, Nokia, Chrysler, Dogs doodahs).  She played Sister Hilaria in Middle Ground Theatre Company’s national tour of Cadfael: The Virgin in the Ice.

She toured Italy playing Maid Marian in the adaptation 'ROBIN V'S SHERIFF' and more recently tread the boards at the Belgrade Theatre playing Flirt Conroy in the American drama 'THE DARK AT THE TOP OF THE STAIRS' with critic's acclaim, "Jenny-May Darcy’s artfully detailed, pirouetting character, Flirt, stole the acting laurels" The Stage review.

Greg’s theatre credits include:  Brother Dennis and Outlaw in Cadfael: The Virgin in the Ice (Middle Ground Theatre Company); God in The Mystery Plays;  British Transport Policeman and Managing Director of Railtrack in The Permanent Way at The Bridge; Julian Marsh in 42nd Street, Ciaphus in Jesus Christ Superstar, Mack Sennet in Mack and Mabel, Emile De Beque in South Pacific at Theatre Royal, Norwich.

After beginning his career as a civil/structural draughtsman, Michael changed direction slightly and went to drama school in Birmingham. He co-founded Middle Ground a few years later after working in rep in Paignton and Birmingham as well as pantomime, small-scale touring and Theatre-in-Education. Michael made his directing debut in 1995 with his interpretation of the Priestley classic An Inspector Calls, which played in Scotland/the Highlands and islands for 10 weeks to much acclaim. 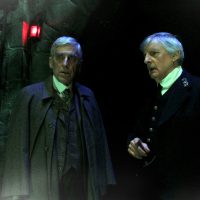 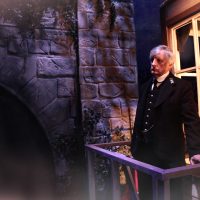 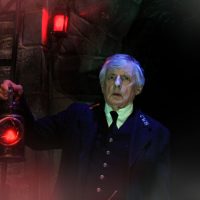 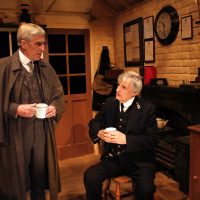 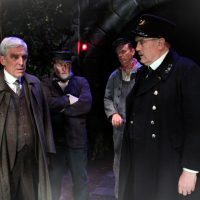 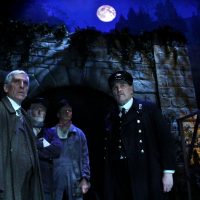 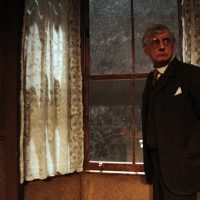 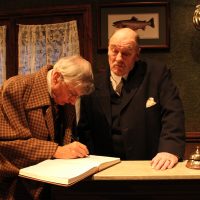 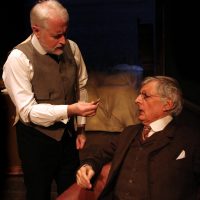 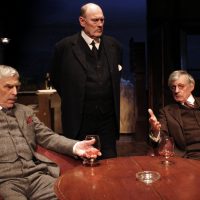 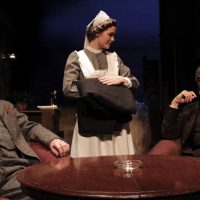 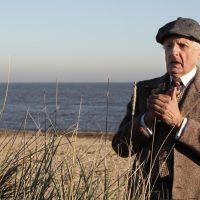 "Filled with forboding...you can't tear your eyes away. The cast of experienced actors were uncannily good and the set was superb. The staging was pitched at just the right level of darkness to completely unnerve the audience."

"Perfect performances...impressively scary... One particular moment has some in the audience shrieking with fear. This double bill of thrills, so expertly crafted by the cast and crew, is a perfect way to while away a January evening"