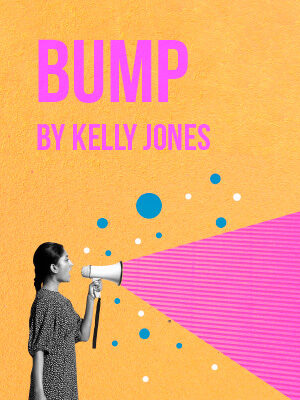 Part of HighTide's Inventing The Future Festival’ a festival of live play readings and activities. For more information on the festival please click the link below.

What if someone you’ve raised becomes be a member of the extreme right; are you responsible?

15 yr. old lesbian Jo is about to become auntie and co-parent to her new-born nephew.
15 yrs. later, a teenage boy walks into a Polish supermarket in Barking with a homemade bomb. As Jo tries to make sense of it, she is left wondering if she’s responsible or is this just the world now.

BUMP is a new one-woman play by Kelly Jones, exploring the radicalisation of young working-class men and the effect of their increasing isolation on their families.

Kelly Jones is a gay working-class Playwright from Dagenham. She was the winner of the BBC Wales Drama Award. Part of the Emerging Playwrights Program at The Bush Theatre. Currently on Hightide's Playwrights cohort, Mercury Theatre's East England Voices and BBC DRAMA ROOM 20/21. Kelly writes about queerness, class and Dagenham. 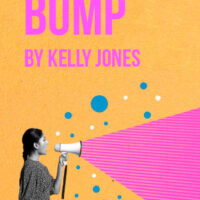