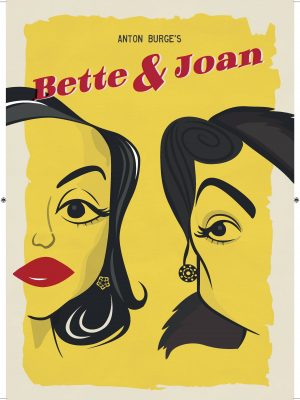 Once Grande dames of Hollywood, by 1962 arch-rivals Bette Davis and Joan Crawford were in danger of becoming has-beens. Then an opportunity came along: to appear together in a new movie called “Whatever Happened To Baby Jane?”

Bette & Joan depicts the two stars, in adjacent dressing rooms, between takes on the set of Baby Jane. While Joan manages her anxiety by lacing her Pepsi with Vodka and signing photographs for her beloved fans, Bette chain smokes and muses on her love life, and her ability to pick a decent script, never a decent man.

Behind the bitching and practical jokes we see each woman’s insecurities and regrets, and their rivalry is revealed to be underpinned by grudging respect as they attempt to identify their new roles in life as well as in their careers.

This is an amateur production presented as part of the New Wolsey’s annual Open Season. Find out more by browsing the Creative Learning section of our website.