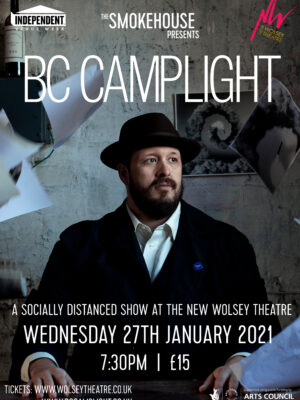 The Smokehouse Presents BC Camplight for Independent Venue Week at the New Wolsey Theatre.

Brian Christinzio, a native Philadelphian now living in Manchester, is the force behind BC Camplight. His 2020 album Shortly After Takeoff spans singer-songwriter classicism, gnarly synth-pop and ‘50s rock’n’roll, with Christinzio’s similarly distinctive, flexible vocal carrying a fearless approach to lyrical introspection. The album was subject to rave reviews in The Guardian, Mojo and Uncut magazine and looks set to place highly on many end of year lists.

“I’m pretty sure the BC Camplight live experience isn’t something you can find elsewhere,” Christinizio declares. “It is a journey every night. One moment, I’m basically doing a stand-up routine and the next, the band and I are playing like we plan on dying that evening, giving our everything. Then I’m on speakerphone to my Mom on stage before assaulting my piano. I’m very thankful that, after all this time, the audience is finally there.”

This is a seated, socially distanced show. 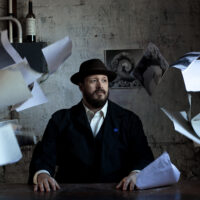