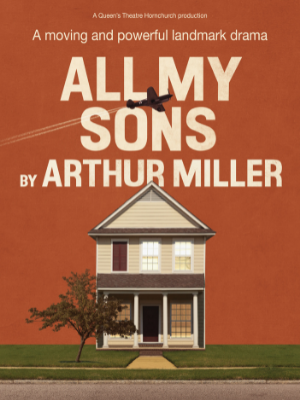 A moving and powerful landmark drama.

1947. Successful ‎businessman Joe Keller and his wife Kate appear to be living the American Dream in their idyllic suburban neighbourhood. Summer wedding plans are in place for their son and his fiancée and the long shadows of the war are slowly fading.

But nothing‎ lasts forever. Secrets from the past come back to tear lives apart. Actions have consequences and someone must take responsibility.

This compelling masterpiece, based on a true story, established Arthur Miller (Death of a Salesman, The Crucible) as one of the greatest playwrights of the 20th century.

All My Sons is a classic that's been performed in the West End an‎d on Broadway by a galaxy of stars including Annette Bening, Jenna Coleman, Bill Pullman, David Suchet and Julie Walters.